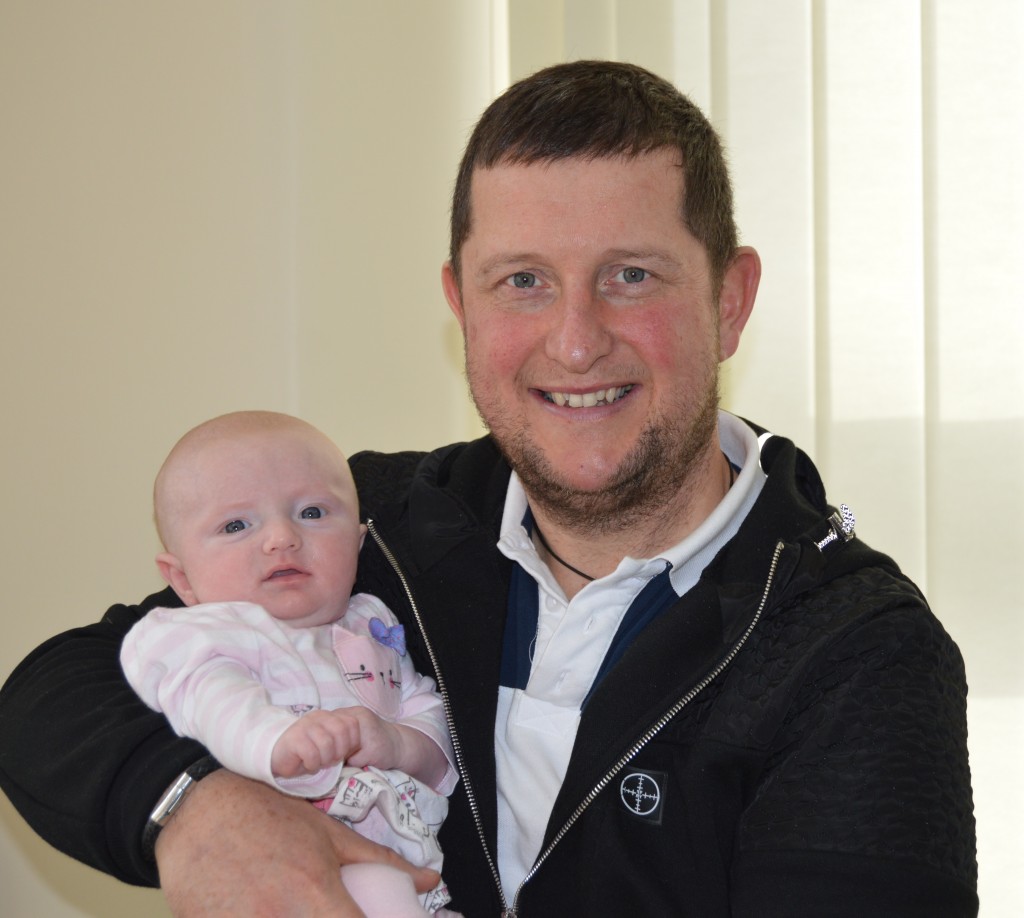 Glenn Salmon, who has survived leukaemia, with his baby Lucy-Mae at Blackpool Victoria Hospital

A patient recovering from leukaemia is thanking medical staff for helping him get well for his son and for enabling him to have a baby daughter – against the odds.

Glenn Salmon, 44, from Bispham in Blackpool, is delighted that despite being told he might never have any more children, he and his partner Lindsey Drinnan now have a three-month-old baby girl.

Little Lucy-Mae Salmon is a true miracle baby as Glenn had thought his treatment might have made him infertile.

However, thanks to pioneering treatment at Blackpool Victoria Hospital’s Research and Development Centre, Glenn has survived three years of cancer treatment and is bowled over by the arrival of Lucy-Mae.

Glenn is participating in a clinical trial at the hospital and says he is glad he decided to do so.

He said: “I want people to know that if you are going through any kind of cancer treatment there is hope.

“My son Luke helped me to get through it – I love him to bits.

“Lucy-Mae is the icing on the cake. When she was born I had tears in my eyes. I was in the room with Lindsey and I cut the cord.

“My son Luke is besotted with Lucy-Mae. He absolutely adores her.

“Thinking about Luke got me through the treatment – he was my focus and my reason to get better. He was only four years old when I first became ill. Luke is 10 years old and lives with his mum.”

Glenn thanked the hospital staff for the expert care they provided: “I owe my life to the staff,” he said.

“I can’t thank the nurses enough. The support has been magnificent. I see my consultant as a friend now.”

Glenn, who went to Baines Primary School and St George’s High School, was an IT specialist for a large national company before he became ill. He also worked for the Post Office and is now working for Bispham Van Hire.

Lindsey, 28, who works as a staff nurse in the Lancashire Cardiac Centre at Blackpool Victoria Hospital and is also from Bispham, said: “We have a beautiful little girl now. She is our miracle.” 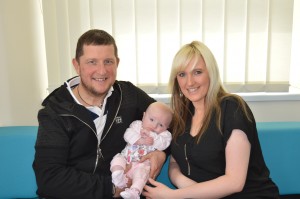 Glenn Salmon and Lindsey Drinnan with their baby Lucy-Mae Salmon

Lucy-Mae was born in the Fylde Coast Birth Centre at the hospital on December 17, 2015.

Glenn and his friends and family first noticed that things weren’t right in 2010. He was lethargic and pale but he battled on.

He said: “I went to see Luke for Christmas. I get on well with Luke’s mum Rachel and she said to me: ‘You don’t look well’.

“Come Boxing Day, I was really ill. Rachel took me to hospital in Crewe.

“I needed a blood transfusion and they did lots of tests. My haemoglobin level was 4.5 and the normal level for men is 12 to 15.”

Glenn went back to Blackpool in January of 2011 and he was placed under the care of Consultant Haematologist, Dr Paul Cahalin.

Dr Cahalin explained: “We needed to confirm Glenn’s diagnosis so we performed a bone marrow examination.

“The results confirmed that Glenn had acute lymphoblastic leukaemia.

“We sat down with Glenn and his family and we told him he had a serious blood cancer but with modern treatments it was very treatable. We explained that it would be a long road and the treatment would last for a number of years.

“At that point in time we introduced the idea of clinical trials to Glenn. A national trial for adult patients with acute lymphoblastic leukaemia called UKALL14 had just opened and Glenn was the first patient at Blackpool to go into this trial.

“The trial is ongoing and it is looking at lots of things, but mainly at the benefits of newer drugs in the treatment of acute lymphoblastic lymphoma.

“We have been looking at a new drug called Nelarabine, which Glenn received, and whether it is beneficial for patients with Glenn’s particular type of leukaemia. We still don’t know if it is beneficial as trials take many years to follow up.

“We are continuing to recruit patients from the whole of Lancashire and South Cumbria, a population of 1.6 million people.”

Glenn said: “I focused on my little lad. He was my inspiration. I was single at the time. My mum and dad, Linda and Paul, came over from their home in Spain to look after me.”

For more than a year Glenn went through intensive drug treatments and chemotherapy to target the cancer. He was in and out of hospital and says the staff from the hospital’s Haematology department helped to get him through his darkest days.

He said: “When I was recovering the fatigue was terrible. I managed to start walking again in 2012.

“I persevered and saw Luke as much as I could.”

When Glenn felt able to take Luke out on his own they decided to go for a trip to Blackpool Zoo. That was where Glenn met Lindsey who was working at the zoo.

He explained: “I was a bit cheeky. I asked Lindsey to write her number down on the receipt and she did!”

Glenn and Lindsey went on a date and have been together ever since.

They were keen to have a baby but thought it might not be possible due to Glenn’s illness and treatment.

Before he started his treatment Glenn had decided to have his sperm frozen on the advice of medics. To his dismay he was told the leukaemia had killed off a lot of his sperm.

However, just under a year ago Lindsey discovered she was pregnant and the couple couldn’t believe it.

Lindsey said: “We were overjoyed. We’re both so happy about it.” 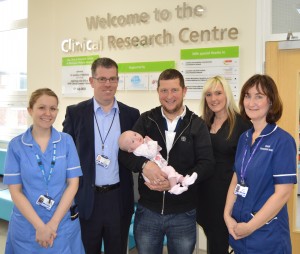 “Glenn has done amazingly well. We are delighted with his progress – he remains in remission. I see him every three months now.

“I wish him and his family all the best for the future.”

Glenn said: “Dr Cahalin was very kind. He explained everything in layman’s terms and he was always there for me to ask questions.”

“As research nurses, we always get involved after the initial diagnosis. Along with the consultant we will introduce the clinical trial and discuss in detail any risks or benefits of taking part. It is always the patient’s voluntary choice to participate.

“Glenn is a young man and this type of leukaemia is rare, and so it was great for us to be able to offer him an appropriate clinical trial.

“My role is to meet Glenn in the clinic and to make sure the trial procedures are adhered to. We work very closely with the doctors and I am another person for patients to call. I see Glenn as an outpatient in the Haematology Day Unit now.

“Glenn and other people like him are helping us to come up with more targeted treatments for cancer. Exciting break-throughs are happening all the time.”

Glenn said: “The research nurses were amazing. I could ring them any time. The support was amazing.

“They could not do enough for me. Everyone in Haematology was fantastic.”

Glenn is now so well that he is in training for a gruelling Manchester to Blackpool charity cycle challenge. He is aiming to raise at least £500 for charity.

He added: “I feel amazing now. We’re so lucky to have Lucy-Mae – it’s as if her brother Luke has made her come along!”

Anyone who wishes to sponsor Glenn can do so on his Virgin Money Giving page at http://uk.virginmoneygiving.com/GlennsBikeRide 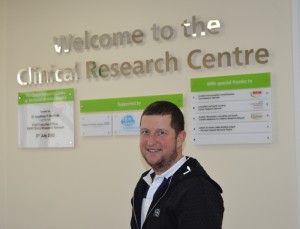 For all media enquiries please contact Ingrid Kent, Communications and Digital Media Officer, on 01253 95 35 38 or Ingrid.Kent@bfwhospitals.nhs.uk