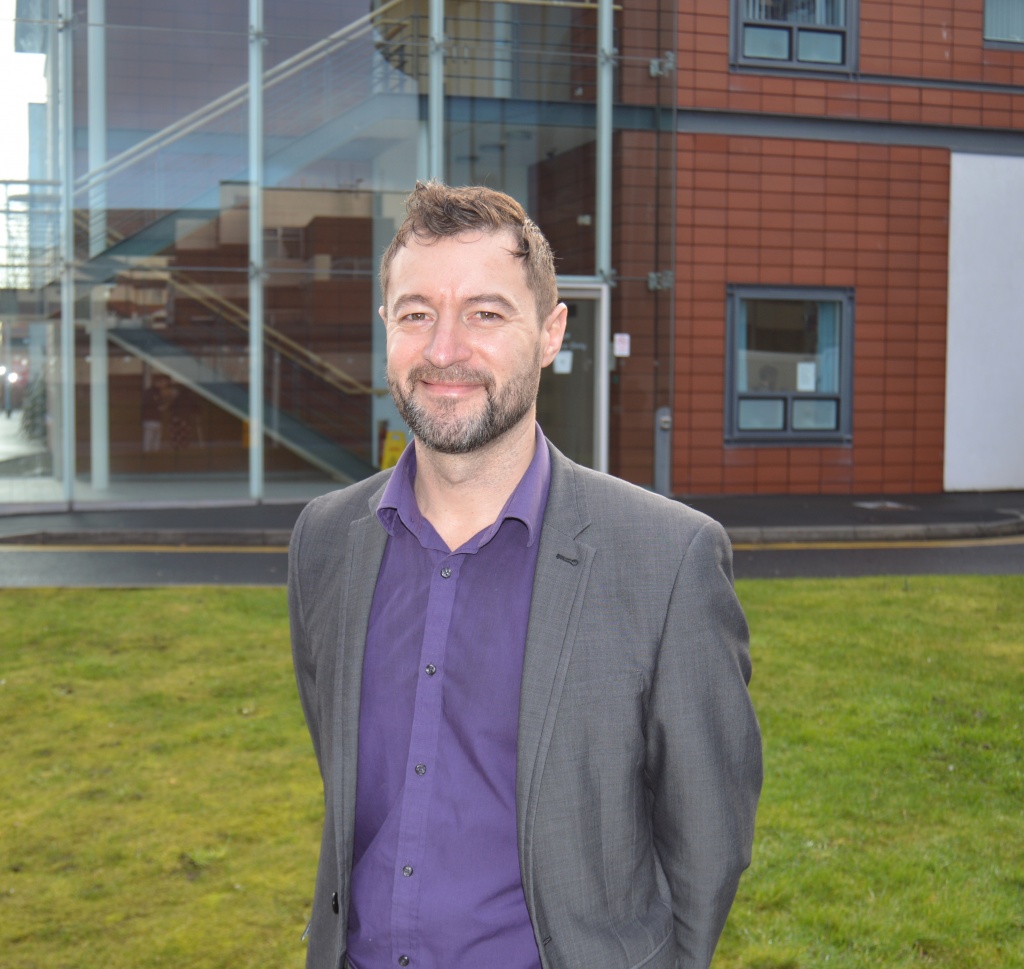 David Stott, Theatres Manager at the Lancashire Cardiac Centre, who has a rare heart condition

A dad-of-four with a rare heart condition who works at the Lancashire Cardiac Centre is raising awareness of the disorder which nearly killed him.

David Stott, 40, an operating theatres manager at the cardiac centre based at Blackpool Victoria Hospital, has a condition called pulmonary arterial hypertension which affects around 6,000 people in the UK.

David, who lives in Preston with his wife Kylie and four daughters, Lorien, 2, Matlida, 5, Megan, 9 and Abby 13, had always been fit and a keen runner so it came as a great shock when he was diagnosed with the condition three-and-a-half years ago.

He was told by doctors that he was lucky to be alive as the condition had advanced to a point where it could have killed him.

He said: “I was taken into hospital where they explained that the pressure on my heart was so great that I should have died by then.

“They also said my life expectancy was about two to three years at that time.

“My colleagues at the cardiac centre are often surprised to find out that I have pulmonary arterial hypertension because I seem so well.

“It can affect people very badly; some people need be on oxygen and can’t leave the house. It was a huge shock to find out I had it and it’s still hard to get over.”

David, who is also the lead guitarist in Preston-based rock band Ward XVI, has bravely battled the condition since he was diagnosed and has raised more than £4,000 for a pulmonary arterial hypertension charity through gigs and running events. 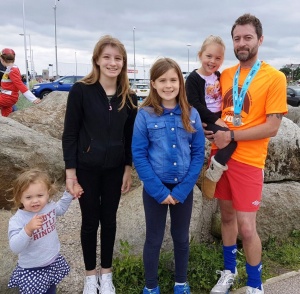 David with his daughters Lorien, 2, Matilda, 5, Megan, 9 and Abby 13 during one of his fundraising events

Pulmonary arterial hypertension is raised blood pressure within the pulmonary arteries, which are the blood vessels that supply the lungs. It can damage the right side of the heart, making the heart less efficient at pumping blood around the body and getting oxygen to the muscles.

David explained: “When I was first diagnosed, I discovered it was a very rare condition.

“The arteries become clogged. This makes the heart work harder and become enlarged.

“I had always been very fit and did lots of sports. Exercising suddenly started to get difficult and I thought it might have been asthma.

“Doctors told me the average life expectancy for people who had gone through what I had was very low. They didn’t say any more than that.

“I was put on medication and things got a lot better. They told me just to try to stay as fit as possible.

“I have four kids and I have to think about their future. There is that insecurity. The kids don’t really know much about it. I just try to get on with it.”

David is still running and he said it helps to keep fit and active.

He said: “I go running but I’m not as fast as I used to be. With the drugs I’m on, I can’t play contact sports.

“At first I was in denial and locked myself away. One step at a time my fitness came back and eventually I thought – I’m not dying.

“I try to run two or three times a week and keep my heart as fit as it can be. I go to the Royal Hallamshire Hospital in Sheffield where there’s a specialist centre. I go there once every six months and I also see a lung consultant at Blackpool Victoria Hospital.”

When David first started working for the NHS he was an operating department practitioner (ODP) in theatres. This job involved organising operations and supporting surgeons and anaesthetists. Over time he moved into the managerial side of operating theatres.

David said: “We are so lucky to have the NHS. In America people die from this condition much more often due to the cost of the scans and other treatments.”

David and some of his friends raised more than £1,000 for the Pulmonary Hypertension Association UK by staging a rock gig at Burnley Sanctuary on February 4. The charity provides advice and support to people with the condition.

He said: “I would like to make people aware of the symptoms of the condition.

“I was very fit when I first started having symptoms but if I’d been out of shape I might have ignored those symptoms. The symptoms can be similar to other conditions. Don’t ignore your body!”

Symptoms include shortness of breath (initially while exercising), fatigue, dizziness or fainting, chest pressure or pain and swelling of the ankles and legs.

He added: “I have been quite vocal on social media about the condition. When people are newly diagnosed I try to coach them through it and try to promote some positivity. It’s not necessarily the end of the world.”

For more information on pulmonary arterial hypertension go to: http://www.phauk.org/ 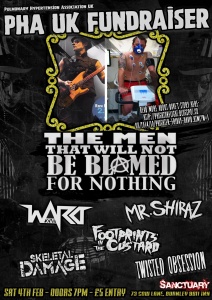 A charity CD featuring Ward XVI and other bands is available by going to the following link and donating £5: https://www.justgiving.com/fundraising/PHFest