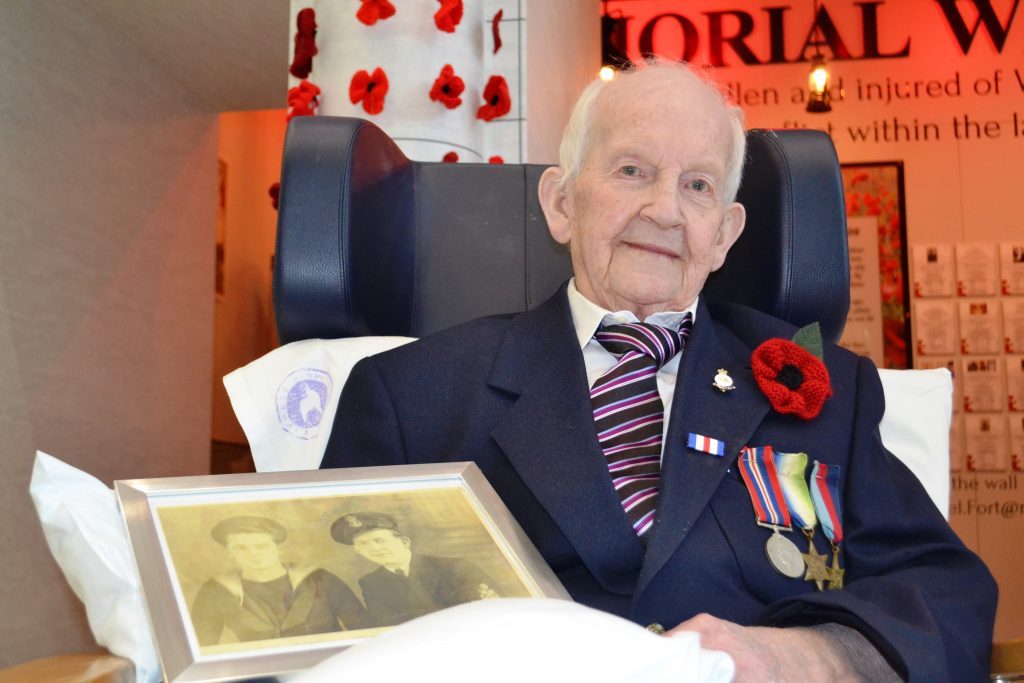 Leonard and the photo of himself during the War

A 95 year-old World War II veteran says a ground-breaking hospital memorial is a “fitting tribute’’ to those who lost their lives in the war.

Leonard Curran, originally from Carlisle, was emotional at the sight of the Cloak of Poppies at Blackpool Victoria Hospital, which contains 22,000 handmade poppies.

Leonard said: “It’s a fantastic memorial. Makes me feel proud to have served for my country.”

Following his basic training, he was on his first H.M.M.L boat (His Majesty’s Motor Launch) by Christmas as a Leading Hand in the engine room.

Motor Launches were designed for harbour defence and submarine chasing or for armed high-speed air-sea rescue. In Leonard’s case, his vessel was hunting for U-Boats. 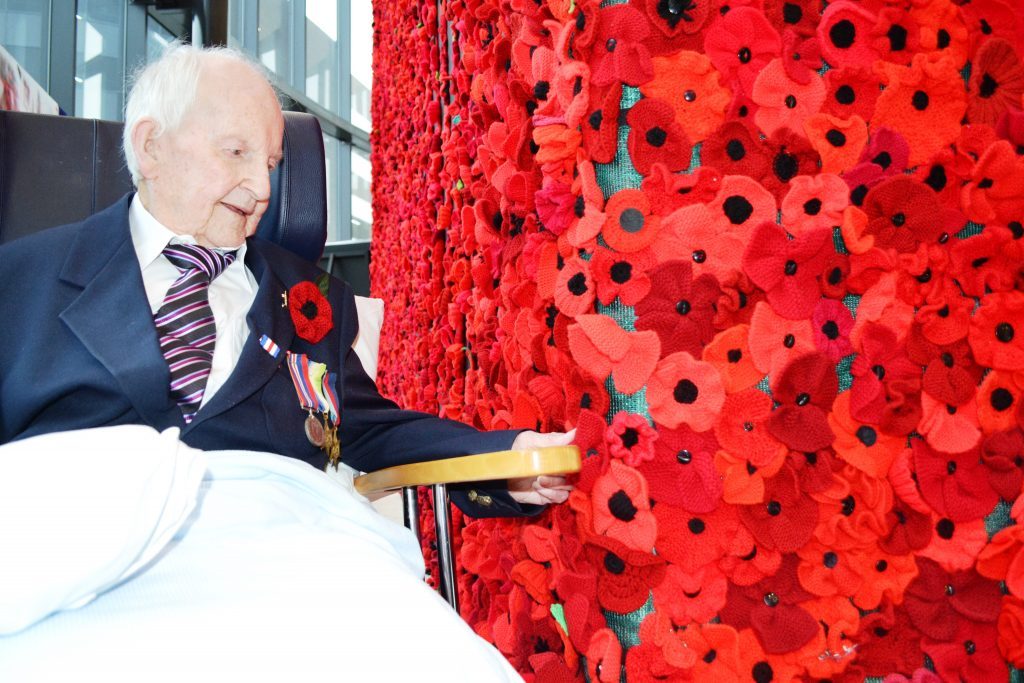 The boat operated from Scapa Flow, a body of water in the Orkney Islands. In 1944, the Launch was directed to Norfolk in readiness for the D-Day or Normandy landings.

On the way, one of the boat’s engines had a fractured pipe and the skipper was going to turn back, but Leonard vowed to fix the pipe saying: “We’re not going to miss this!”

The Launch patrolled the Channel until the word was given and the boat then acted as a decoy, deceiving the Germans into thinking that an attack was to happen at Calais instead of Normandy in Operation Bodyguard.

The Launch then turned to provide support to the main evacuations and moved along with troops as they advanced, guarding them from the sea.

After the war, Leonard returned to his apprenticeship as a mechanic and eventually moved to Blackpool, with his family, in 1969.

Leonard’s son, Ian, said: “I think dad’s time in the war, whilst a necessity, was something to be proud of.

“I remember I used to play with his medals as a boy. The hospital’s decision to build a monument to remember those who served during conflict, keeps the experiences alive for the veterans and allows younger people to understand and remember the sacrifices that were made.”

Leonard added: “The memorial is such a fitting tribute to those who gave their lives or were injured, fighting for their country. I am proud to have played my part.” 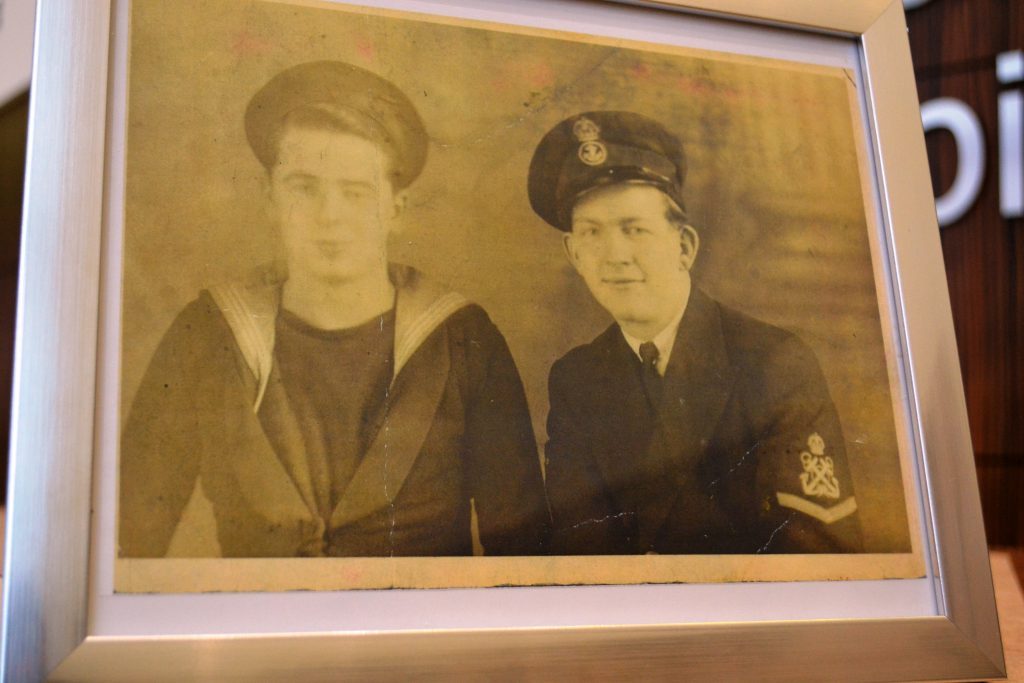 Leonard pictured during the War with Shipmate, Stan Roebuck

Leonard hopes to be joining hundreds of others at Blackpool Victoria Hospital’s Remembrance service which is being held from 10.30am on Friday, November 9. Everyone welcome.