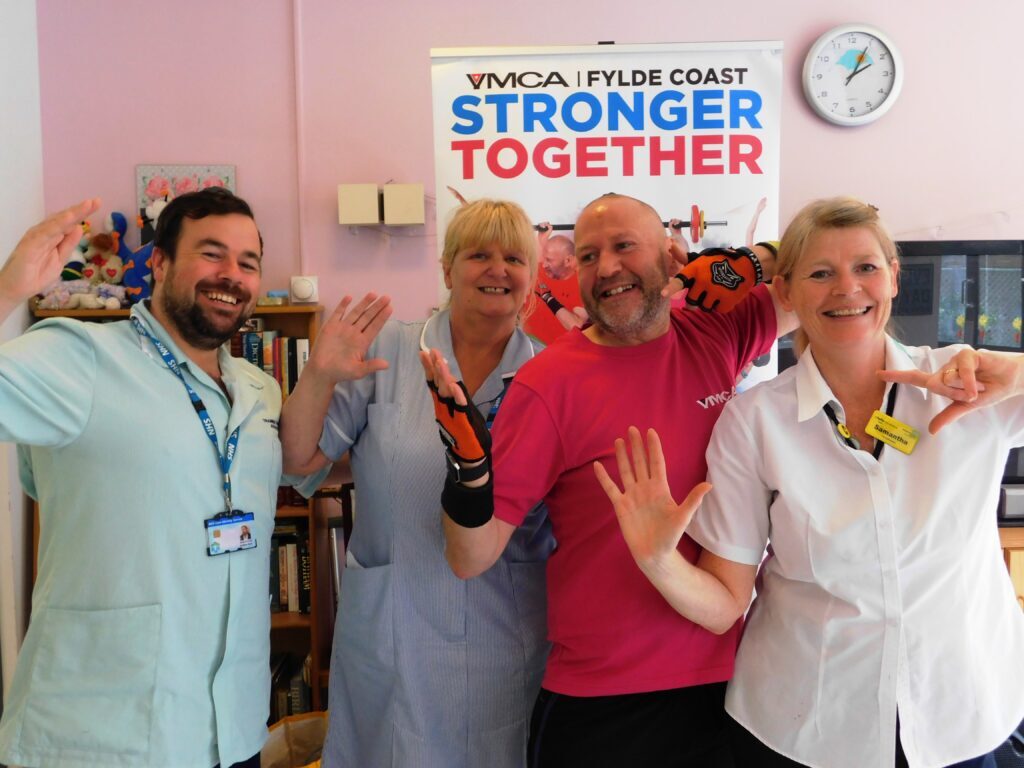 A local hospital has found a novel new way of keeping patients active.

He said: “This is the third session I have hosted here at Clifton – I love it and so do the patients.

“It’s not about doing the exact movements, but more about doing what you can as long as you are moving.”

Andrew was referred to the YMCA in St Annes because he was overweight six years ago. He was so inspired by exercise that he has gone on to lose a staggering seven stones in weight.

His referral lead Andrew to take part in all sorts of classes over the last six years and is now a qualified fitness instructor.

Andrew holds his classes every first Thursday of the month on Ward 1.

“The armchair exercise sessions came about after a Twitter conversation about the Zumba classes Andrew was taking part in. I said it would be too strenuous for me personally, but wondered if the class could be adapted for patients and after the initial class, it has become a firm hit. It’s something for the patients to join in with and take at their own pace. Plus the music is lively and creates a fun atmosphere.”

Clifton’s Clinical Matron, Courtney Bickerdike, said: “It was fantastic to see this initiative being held weekly at Clifton.

“By undertaking this exercise patients are working towards rehabilitation, social interaction with other patients and improving their well-being.

“This also works in partnership with our End PJ Paralysis.”