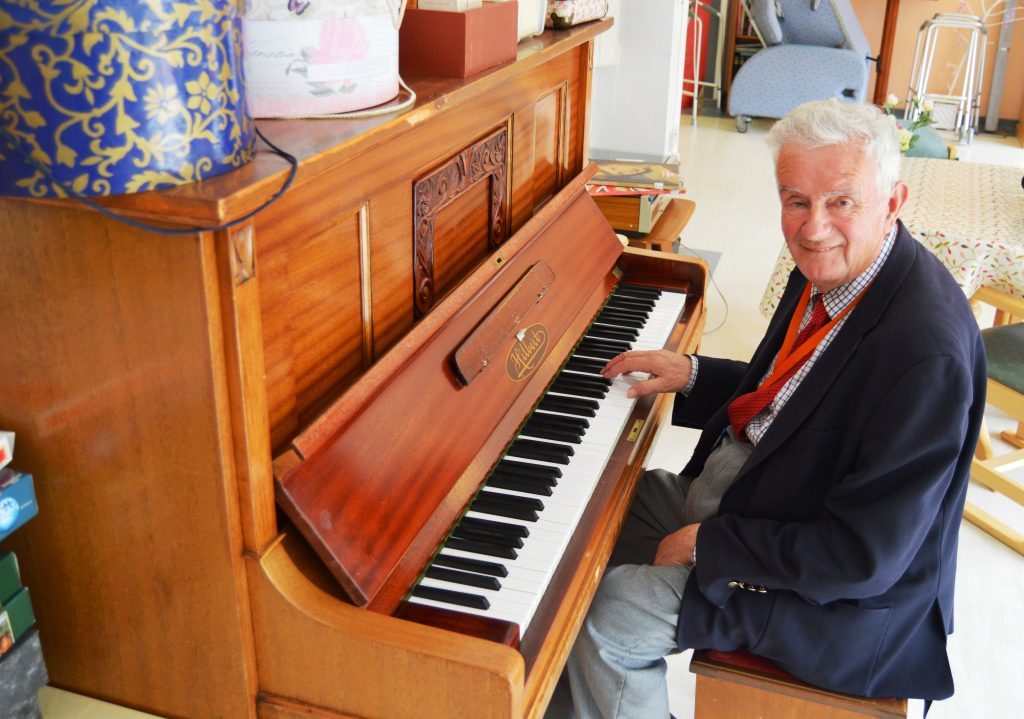 For 15 years he has been entertaining both staff and patients by playing the piano which always has a positive effect on those within earshot.

Barry is originally from Prestwich, Greater Manchester where he started learning to play at the age of 12.

He said: “I was the chorister at St Margaret’s Church in Prestwich and I studied piano up to Grade 8 and then went on to complete a diploma. I still go back and play in Manchester – I go on the train. Music has been a big part of my life.”

Barry has played at various churches and special occasions and this continued when he moved to St Annes with his parents 15 years ago.

He said: “I used to play in both Wesham and Lytham Hospitals and when they closed, I was invited to come and play in Clifton’s former day hospital and I have been visiting regularly ever since.”

Barry started playing in Ward 1 which was the only ward with a piano before Ward 2 and 4 put pianos on their wards too.

Barry said: “The music gives patients a lot of pleasure and it is good medicine for them.

“The piano helped me when my parents passed away and I hope to be still playing at Clifton for many years to come.”