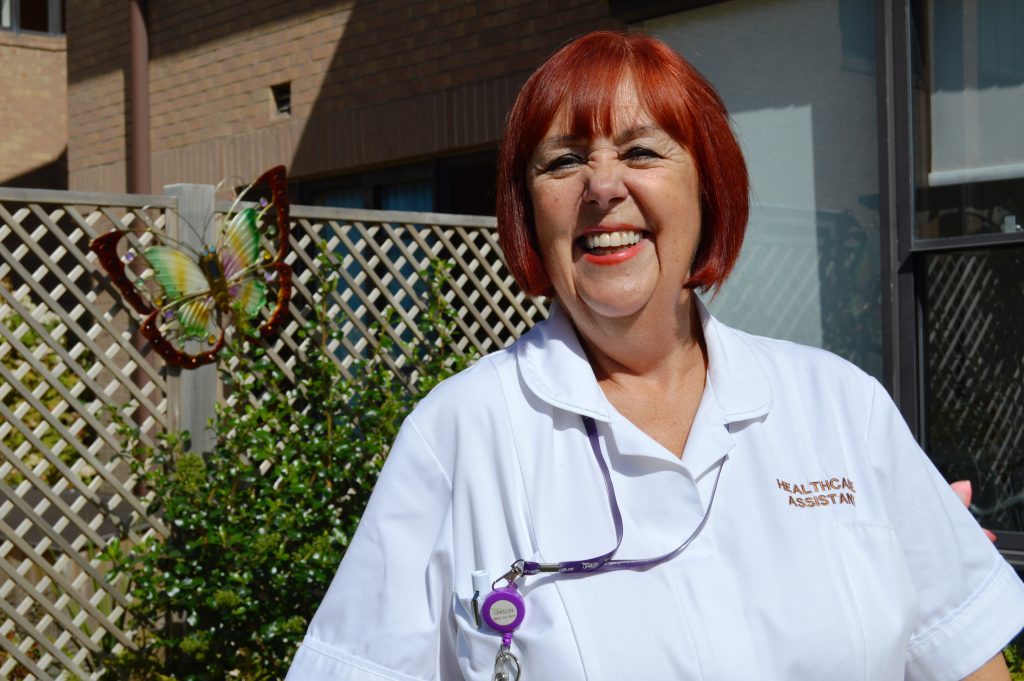 Here we feature Health Care Assistant, Shirley Collins who has worked in the role for 34 years…

Shirley Collins is originally from Bury, but has lived in Blackpool for 43 years.

She had many jobs before she started her care career as an Auxiliary Nurse at South Shore Hospital working an early evening shift.

Always the person willing to help others, Shirley really enjoyed her work and asked for extra hours which started her 32 year run of working nights!

She said: “I’ve always been bothered about other people, always the one listening to people’s problems so when this opportunity came u, I thought I would give it a whirl – and I’ve never looked back.”

Shirley worked in a variety of wards and at different hospitals when the staff were ‘pooled out’ to cover various shifts. She did shifts on A&E, Rheumatology, Orthopaedics and was one of the first members of staff to work at the Dermatology Unit when it was opened at Clifton Hospital.

She said: “Working in different settings has given me a lot of different experiences which really helps with my job, which I still love.”

Shirley moved to Clifton five years ago and initially worked on Ward 4 before transferring to Ward 1.

She said: “I love Clifton and I love working on Ward 1.

“I like the teamwork – we all help each other. I love working with dementia patients and I love to get them laughing. You have to understand dementia and it’s knowing the triggers. Luckily, our Ward Manager makes sure we have a lot of training which really helps both staff and patients.

“Ward 1 is like a family and we all rally round to help one another – it’s a really special place.”

So special that Shirley’s son has also started working at the hospital too!