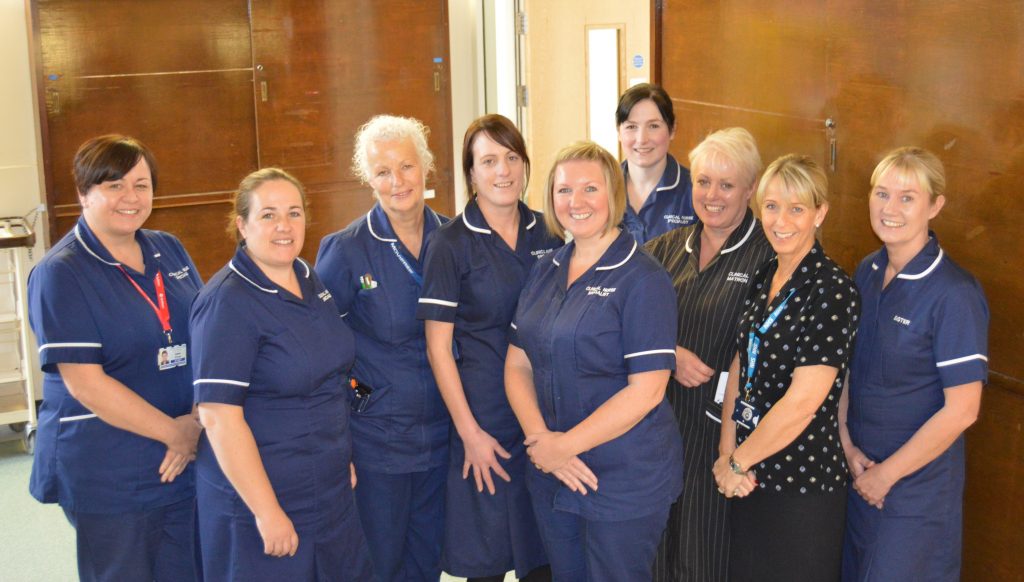 Members of the Colorectal Cancer and Stoma Team with Clinical Matron, Paula Vernon (third from right), at Blackpool Victoria Hospital

The Colorectal Cancer and Stoma Team at Blackpool Teaching Hospitals has achieved some fabulous results for stoma patients before and after they leave hospital.

To mark Fab Change Day – a national day of collective action for staff within the NHS on October 19 – we are highlighting this team as a great example of clinicians making positive changes for patients.

Paula Vernon, the Clinical Matron for the team, said: “We went to a Macmillan event where we met a Clinical Commissioning Group (CCG) and General Practitioner representative.

“After discussing the different patients we managed and what the colorectal cancer and stoma service could currently offer, the GP and CCG representatives realised there needed to be more after care for patients being discharged into the community.”

A ‘mapping day’ with the local CCGs, GP’s, Consultant Surgeons, Clinical Nurse Specialists, Clinical Matron and managers led to an agreement of the additional support people with stoma’s required. 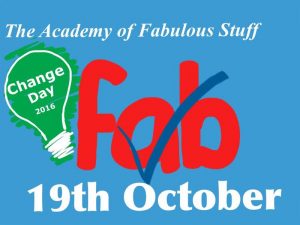 Paula said: “We saw there was an opportunity to improve the quality of patient care after discharge from hospital.”

The Colorectal Cancer and Stoma Service offers support pre and post-operatively to patients diagnosed with colorectal cancer, which can require bowel surgery and/or oncology/radiology intervention.

The team also reviews, educates and supports patients who have bowel surgery and require a stoma (an opening of the bowel onto the abdomen that diverts faeces or urine into a pouch or bag). Families also receive support.

Paula explained: “Some people who have a stoma need a huge amount of psychological support and our members of staff are now able to manage the demand in a highly supportive way.

“We are providing a better quality of care for these patients than they could expect without our service as we work collaboratively with the psychology team. Due to patients having either a cancer diagnosis or stoma living longer, the number of patients the colorectal cancer and stoma nurses have contact with is increasing.”

As Clinical Matron for the team, Paula is there to ensure nursing leadership and support so that the team can instigate improvements in patient care.

Paula added: “We have extended our service out into the community for stoma patients.

“Having an additional member of staff has enabled us to improve the quality of care for all stoma patients and their families. It has also allowed us to support cancer patients in oncology clinics. This is due to the new position holder taking on patients in the Fylde and Wyre area that were previously calling the team in crisis.

“Initially, a temporary post was established for a year at the Trust and it has now become a permanent post.

“The feedback from patients and staff has been excellent.

“Patients have said they are impressed that they have greater support.

“Even patients who have had a stoma for a long time have said they appreciate the improved service.

“Staff have reported an increased satisfaction too as they are now able to provide a better level of support to both patients in hospital and in the community.”