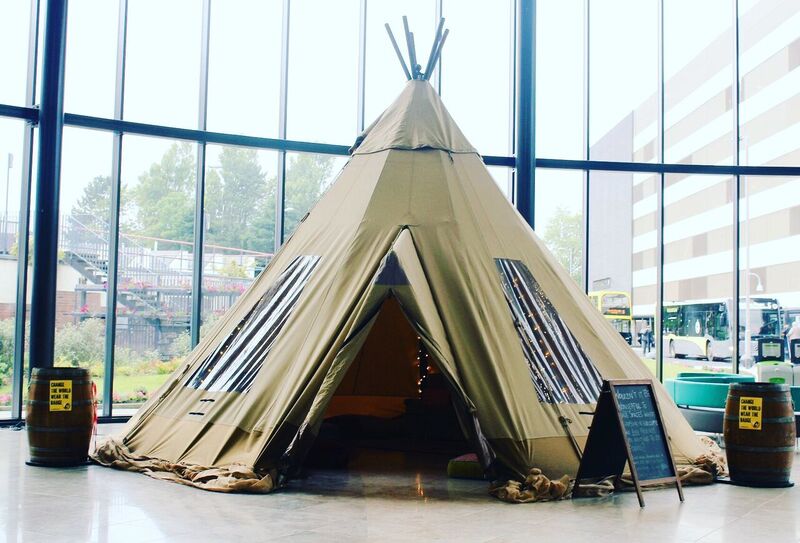 A teepee is set to return to Blackpool Victoria Hospital after the success of pilot initiative last year.

This was the first time such a campaign had been brought to a hospital setting anywhere in the world and the feedback was excellent. 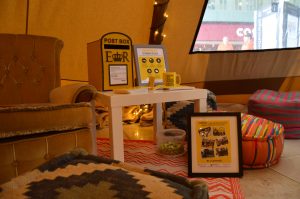 Patient Experience Lead for Blackpool Teaching Hospitals NHS Foundation Trust, Andrew Heath, who invited Camerados to work with the hospital, said: “Putting a hospital in a tent is easy; putting a tent in a hospital – now that’s something special.

“Social connection is intrinsic to person centred care. Camerados and the teepee gave permission for this to happen.

“The teepee encouraged people to connect and be a Camerado reminded us how to be human.

“By creating a safe and welcoming place, staff, patients and visitor were able to see beyond their roles and connect with each other.

“I think we’ve got healthcare all wrong if we can’t support social connections.”

During the three week period that the teepee was in the main entrance last year, thousands  of people shared the their own experiences of the connections they had made with others and the space itself. Many called for the teepee to remain, praising both Camerados and Blackpool Teaching Hospitals. 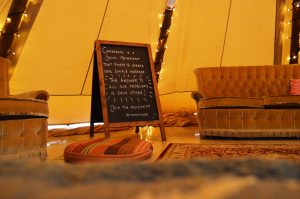 Camerados started with a belief in a simple but powerful idea, that you beat tough times by getting two things: friends and purpose.

They believe that the best way to get these two things is to look out for each other, encouraging and enabling people in tough times to help others in the same boat, as equals.

Camerados founder, Maff Potts, said: “Camerados is a movement that creates spaces and places where people get alongside as equals and look out for each other. Not fixing each other, just being there.

“It’s nothing new but strangely rare. We’re really excited about the potential of the teepee to allow people to create connections and support each other, and are thrilled to be working again with Blackpool Victoria Hospital. We hope that thousands of people will experience the magic of the teepee this summer.”

You can find out more about the 2017 pilot and this year’s project here: https://www.camerados.org/humanhospitals

The teepee will be open 24 hours a day, seven days a week from June 22 until September.