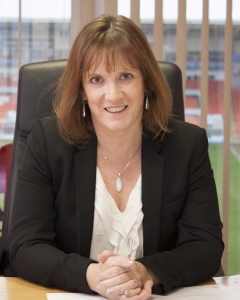 Blackpool residents are risking a health crisis by relying too heavily on antibiotics which could make them resistant to treatment and put their lives at risk.

According to figures from Public Health England, there has been a marked increase nationally in resistance to antibiotics over the last five years.

This is caused, in part, by an increase in the prescribing of antibiotics.

Figures show that Blackpool has the highest rate of antibiotic prescribing in the North West with 228 antibiotic items per 1,000 residents being prescribed in the second quarter of 2016. This means Blackpool residents are most at risk of becoming treatment resistant.

Antibiotic resistance is one of the biggest threats facing us today. Without effective antibiotics many routine treatments will become increasingly dangerous. Setting broken bones, basic operations and even chemotherapy all rely on access to antibiotics that work.

The more we use antibiotics, the greater the chance that bacteria will become resistant to them so that they no longer work on infections.

Dr Amanda Doyle, a Blackpool GP and Chief Clinical Officer at NHS Blackpool Clinical Commissioning Group (CCG), said: “Part of the problem is that when people feel ill with mild infections they will go to their GP and expect to be given antibiotics.

“Many antibiotics are prescribed and used for mild infections when they don’t need to be.

“We need people to become more aware of the issue and not to depend so heavily on antibiotics. All colds and most coughs, sinusitis, earache and sore throats generally get better without antibiotics.

“We have an amazing immune system that can fight most infections on its own given time and plenty of rest to do its job. Antibiotics are seen as a quick fix but if we become resistant to them they won’t work when they are really needed.

The CCG is supporting a campaign to encourage people to give their immune system a chance to fight an illness itself and not rely so heavily on antibiotics. It is asking local people to become ‘Antibiotic Guardians.’

More information on the issue can be found at www.antibioticguardian.com.

Community pharmacists are well placed to help provide advice on over the counter medicines to treat symptoms and help with self-care.

For further information about this press release please call the communications team at NHS Blackpool CCG on 01253 956594.