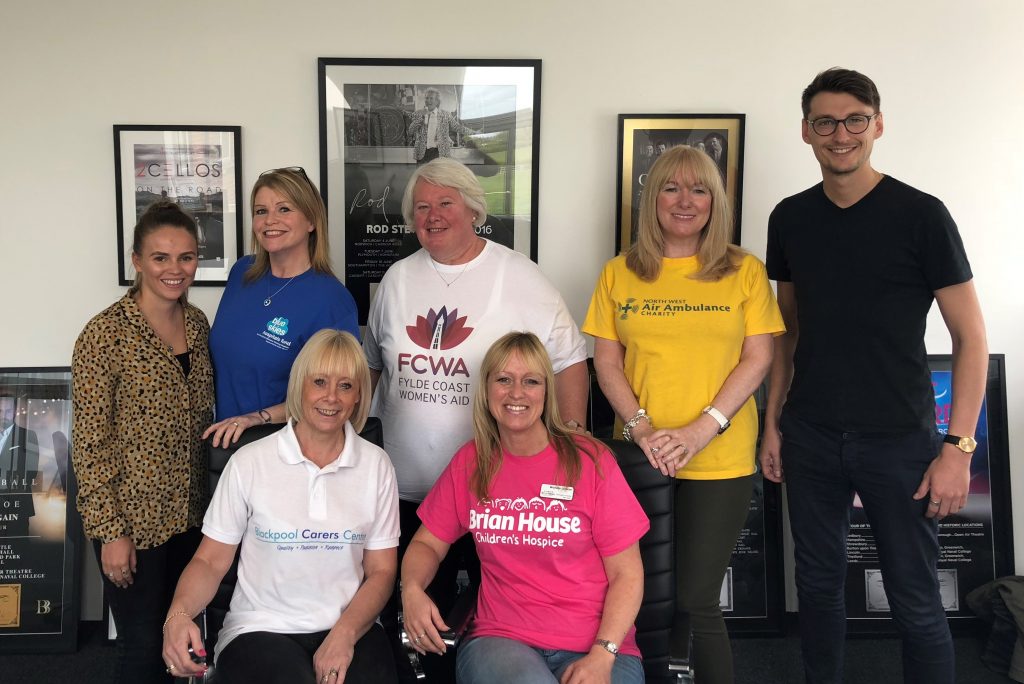 The charity for Blackpool Teaching Hospitals NHS Foundation Trust, Blue Skies Hospitals Fund, has been announced as one of the Charity Partners at this year’s Lytham Festival.

Blue Skies and other charities across the North West will benefit from Lancashire’s biggest music festival this summer.

Along with five charities from across the region, Blue Skies has been selected to be represented at each of the festival’s headline concerts in the Main Proms Arena on Lytham Green when volunteers will be collecting donations.

Lytham Festival senior event manager Joe Robinson said: “We are delighted to be welcoming five fantastic charities to be part of Lytham Festival 2018.

“We openly welcome applications from charities to partner with the event and it is always very difficult to decide who those partners will be as they are all deserving.

“Brian House and Blackpool Carers have previously been charity partners, so we are very pleased to welcome them back along with charities we haven’t worked with previously.

“All these charities do a fantastic job and are there for everyone at all times when needed so we would encourage our festival-goers to donate to them where possible.”

An army of charity volunteers will be evident throughout the Main Proms Arena on Lytham Green for each headline event in the hope of encouraging festival-goers to donate.

Fylde Coast Women’s Aid will be the charity partner for Steps on Wednesday July 18, Blackpool Carers for Pete Tong’s Ibiza Classics on Thursday 19, North West Air Ambulance for George Ezra and Emeli Sandé on Friday 20, Blue Skies for Nile Rodgers & CHIC on Saturday 21 and Brian House for Last Night of the Proms with Il Divo on Sunday 22.

Kila Redfearn, Head of Fundraising for Blue Skies Hospitals Fund, said: “We are absolutely chuffed to bits to have been chosen as the charity partner for Lytham Festival 2018 on the Saturday night.

“This will not only raise the profile of the charity, we will be able to raise precious funds, that will enhance patient care in Blackpool, Fylde and Wyre hospitals.

Cuffe & Taylor is officially one of the UK’s top 10 live music and event promoters with offices in London and the North West. Established for more than eight years and now part of the Live Nation family, they present breath-taking tours, festivals and shows across the UK. Cuffe & Taylor work with artists including Britney Spears, Rod Stewart, Mariah Carey, Bryan Adams, Noel Gallagher, Michael Ball & Alfie Boe, Cliff Richard and Little Mix. They continue to take shows to the fans, specialising in presenting concerts in unique locations.

For more details and to buy tickets for Lytham Festival 2018 go to www.lythamfestival.com