I HAD the privilege of attending the Trust’s Tree of Lights event at Blackpool Victoria Hospital on Monday night.

It was the first time I had been to the event and it was absolutely outstanding. The service was a comforting selection of poems and readings with some Christmas music and carols all beautifully sung by the Trust choir.

The ceremony gave people a chance to celebrate and remember loved ones they have lost and more than 150 people attended on the night. 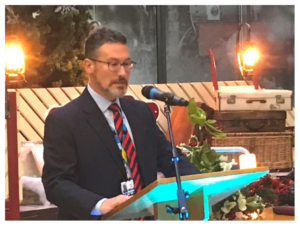 For me the service hit all the right notes with a perfect collection of hymns and readings and was genuinely moving. I was really pleased to have been asked to do a reading and be a part of such a special
event.

It is clear that the Chaplaincy and Patient Experience teams, along with the Trust charity Blue Skies Hospitals Fund, take great pride in this event and I would like to thank them for everything they did. I would also like to thank the volunteers who helped out on the night and members of our facilities
staff who made sure everything went smoothly. 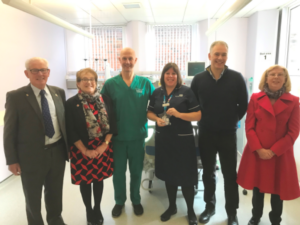 EVERY year, BBC’s North West Tonight runs a campaign in December where they give out Christmas Star Awards to people across the region who have gone the extra mile for others.

I was delighted to see on Monday that the Trust’s Organ Donation team became the first recipients of this year’s awards. They were nominated by Alan and Barbara Neath whose daughter Rosie received an organ transplant and then donated her organs after she sadly died. 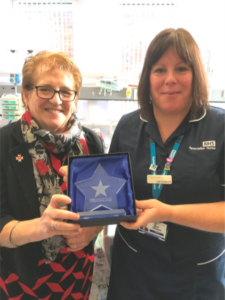 The Trust’s Organ Donation Specialist Nurse, Lee Coulthard and volunteer Jo Haythornthwaite, who chairs the Organ Donation Committee, received the award after Barbara had written to the BBC to praise them for the support they gave to Rosie and the help they gave the while family all the way through Rosie’s journey.

It was a fantastic, extremely moving. piece of television and showed just what a difference people who work across the NHS make every day of their lives.

The article has been shared on the Trust’s facebook site for everyone to see and really is worth a watch. Well done to everyone involved.