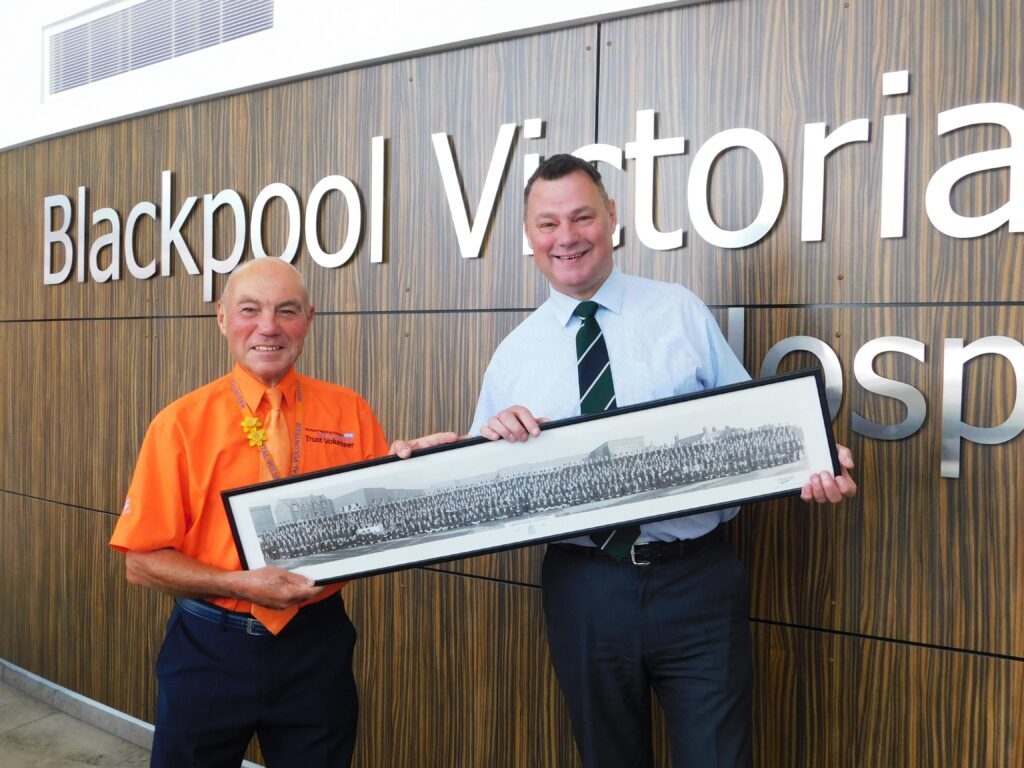 A hospital volunteer has presented his former pupil with a rare gift.

Volunteer Denys Barber, who was taught at Arnold School gave Radio Wave news reader and former Arnold student, Andy Mitchell, a rare school photo from 1976 – in which they both appear.

Denys said: “I was given the school photo by a friend and thought it would be perfect for Andy as he already has a collection of similar photos.”

Denys taught French and General Studies at the former site on Lytham Road for 29 years and has kept in touch with Andy over the last 45 years.

Andy said: “I’m absolutely honoured to be given this as it adds to my collection. I already have the 1974 and 1978 school photos so this is a great addition.

“Denys and I have been able to keep in touch through the years especially in recent years with him being a volunteer at the hospital. It’s also apt that I started my radio career at Blackpool Victoria Hospital as part of Radio Victoria.”

Andy will be celebrating 40 years in broadcasting this August. A special podcast will be recorded soon in which Andy shares his memories of Radio Victoria and subsequent career. You will be able to find this at www.bfwh.nhs.uk.