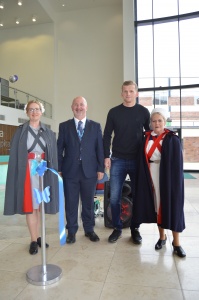 The event was opened by record-breaking AFC striker, Danny Rowe following a speech by non-executive director Mark Cullinan and before a 1950s dance display from local dance school, JLC Dance.

Danny said: “I’m happy to be here today and to help raise awareness for dementia.

“I am usually here at Christmas giving presents to the Children’s Ward so it is nice to be able to help with today as well.”

There were many services in attendance as well as a vintage photo display, vintage nurse uniforms, a photo booth and Hospital History Tours. 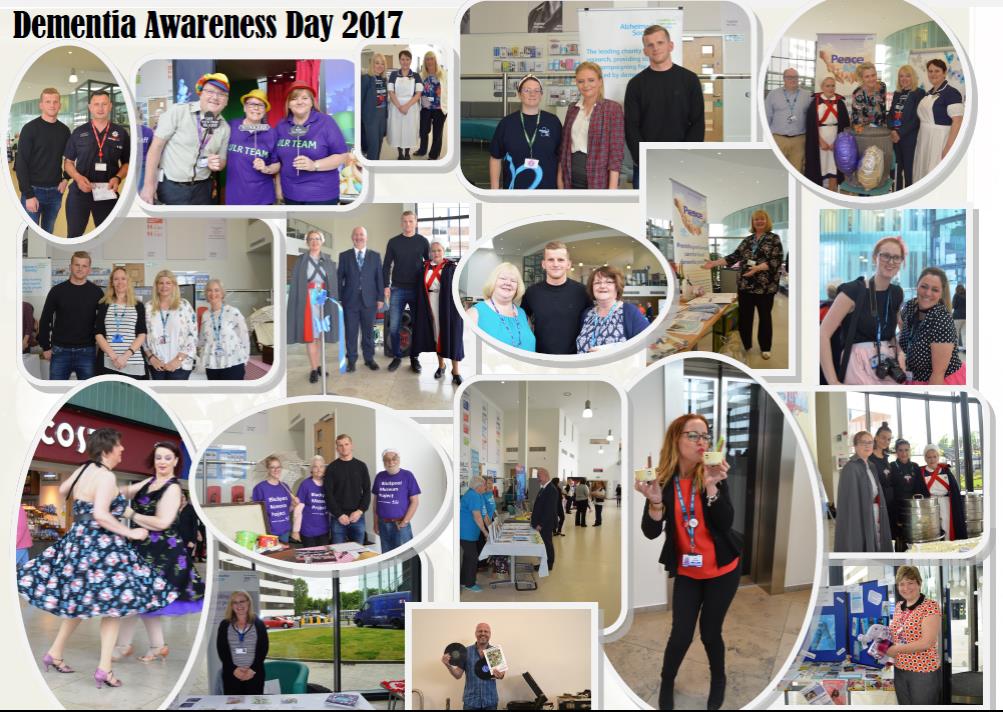 Notarianni’s came in to sell ice-creams in exchange for a donation to the Trust’s charity Blue Skies Hospital Fund’s Peace of Mind fund.

Raffle tickets were also sold in the run up to the event, with the prizes donated by many local businesses. This raised a further £1000 for the Peace of Mind Appeal Fund.

Patient Experience Lead at the Trust, Andrew Heath, said: “We are really pleased about the success of the day, which not only helped raise awareness of dementia and the support that is available to patients and their families, but also through the generosity of local business, we have raised around £1800 which will go to enhancing dementia patient care within the hospital.

“Massive thanks must go to all the people that gave their time and efforts to the day from staff and volunteers to the JLC dancers and also to Notarianni’s who raised more than £720 in ice cream donations.

“We put on a varied and entertaining day each year to raise awareness around the impact that having dementia can have as well as improving knowledge of the condition and the practical solutions that organisations can provide to support people that are affected by dementia.”

Wards were also invited to enter a ward display and tea party competition. Entries can be found on the Trust’s Facebook page: BlackpoolHospitals