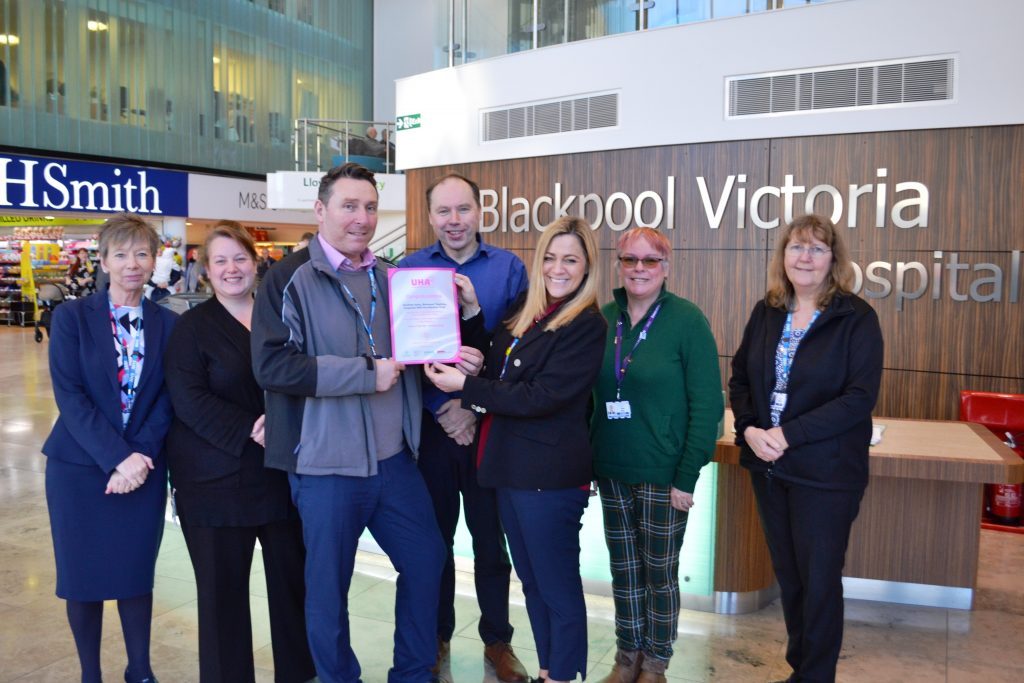 The Facilities team with their nomination certificate

Blackpool Victoria Hospital is celebrating after seeing several members of staff shortlisted for a national award.

Following a number of nominations submitted to the Unsung Hero Awards, three have been shortlisted for their inspiring work at the Trust.

The Unsung Hero Awards are the only national awards for non-medical and non-clinical NHS and healthcare staff and volunteers who go above and beyond the call of duty.

The Facilities team was nominated for its Cloak of Poppies campaign that saw 28,000 handmade poppies cover a 5:1 model of the Menin Gate in the hospital’s main entrance, to celebrate the 100th anniversary of World War One.

Associate Director of Facilities, Nigel Fort said: We are very touched to be nominated for this award and with the support of the wider public – it really struck a chord. I am also delighted with all the great teamwork and collaboration to bring the project to fruition.”

Unsion Learning Rep, Jane Eyre who funded wool and lunches for the volunteers who knitted the poppies, said: “Unison Blackpool Health were very proud and excited to learn about this nomination.

“It is a great example of how UNISON and the Trust work well in partnership together to achieve great things.”

Volunteer Jo Haythornthwaite was nominated for her tireless work to promote organ donation. She said: “I’m over the moon to have been shortlisted for these fantastic awards.

“I am very proud about the work we have done to promote organ donation across the Fylde coast and it is something that is very close to my heart.

“I work with some fantastic volunteers across the Trust and they are all unsung heroes to me.”

Communications Officer, Alma Stewart, was nominated for her work on Blackpool’s NHS70 campaign that included many local famous faces backing the landmark anniversary.

She said: “It is amazing to be nominated, never mind shortlisted.

“It’s lovely to know that someone appreciates your work that much that they make the effort to nominate you for an award.

“The NHS70 campaign was a lot of work but was a lot of fun too. Many thanks again to all those who took the time to support us, especially the celebrities who took time out of their busy schedules to wish the NHS a happy 70th birthday.”

The aim of the awards is to shout loud and proud about the hard work Non-medical/Non Clinical NHS staff do on a daily basis – work that is often overlooked despite non –medical employees making up nearly half of the workforce.

The Unsung Hero Awards offer attendees the unique opportunity to celebrate and be celebrated, no matter their pay band. 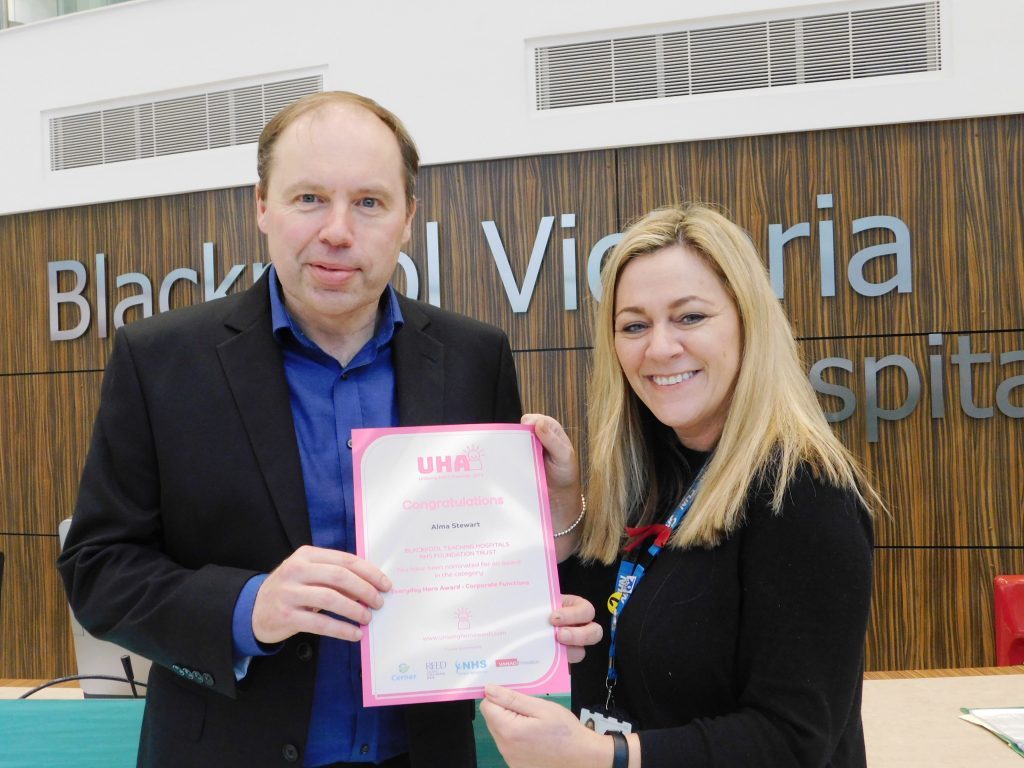 The winners will be announced on March 1 during a gala dinner at Manchester’s Hilton hotel.