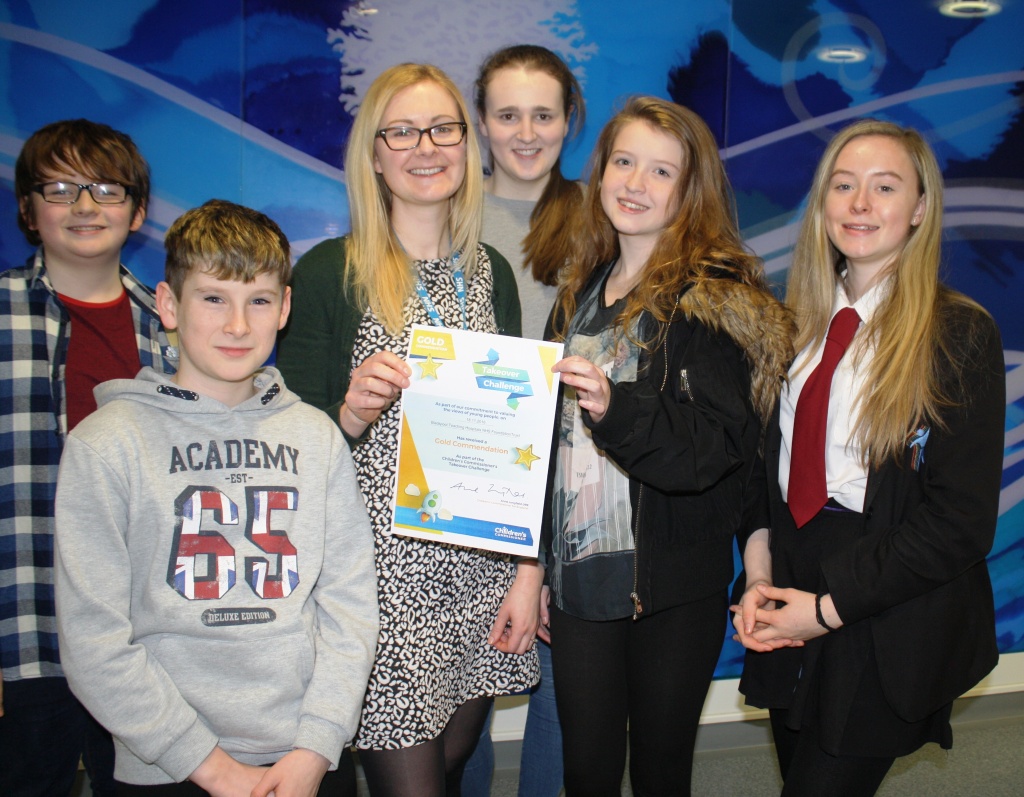 Young people from across the Fylde coast took over the running of the hospital late last year as part of a national campaign.

The youngsters, many of them who were current patients at the hospital, and members of the Victoria’s Voice youth engagement panel, took over the running of several departments as part of the Children’s Commissioner’s Takeover Challenge.

Rebecca Addey, Paediatric Patient Experience Officer, entered the Trust for the award, having planned the Takeover Week with help from members of Victoria’s Voice.

She said: “Takeover Day is a fun, hugely successful and exciting engagement project which sees organisations across England opening their doors to children and young people to take over adult roles.

“It puts children and young people in decision-making positions and encourages organisations and businesses to hear their views. Children gain an insight into the adult world and organisations benefit from a fresh perspective about their work.’’

The Takeover week saw children and young people take part in a host of activities such as spending time in various departments, including the boardroom, and a skills swap day where adult staff taught various life skills in the morning before youngsters taught adult staff how to see things from a young person’s perspective.

The week also encompassed working with local Youth Health Leaders who research health problems such as smoking, drinking, depression, anxiety and dental care etc. They produced leaflets and posters displays to get positive messages to their peer groups in their educational setting.

The week ended with a Trust-wide quiz for staff to complete which challenged their knowledge on young people’s issues. The week’s activities matched the criteria for the gold award.

Rebecca added: “I am delighted that we have won the gold award.

“It’s nice to be recognised externally that the Trust is going above and beyond to connect with young people and engage with their views, experiences and opinions.

“Being involved with the Takeover Challenge has been a real springboard into other exciting events involving young people that are planned throughout this year.”