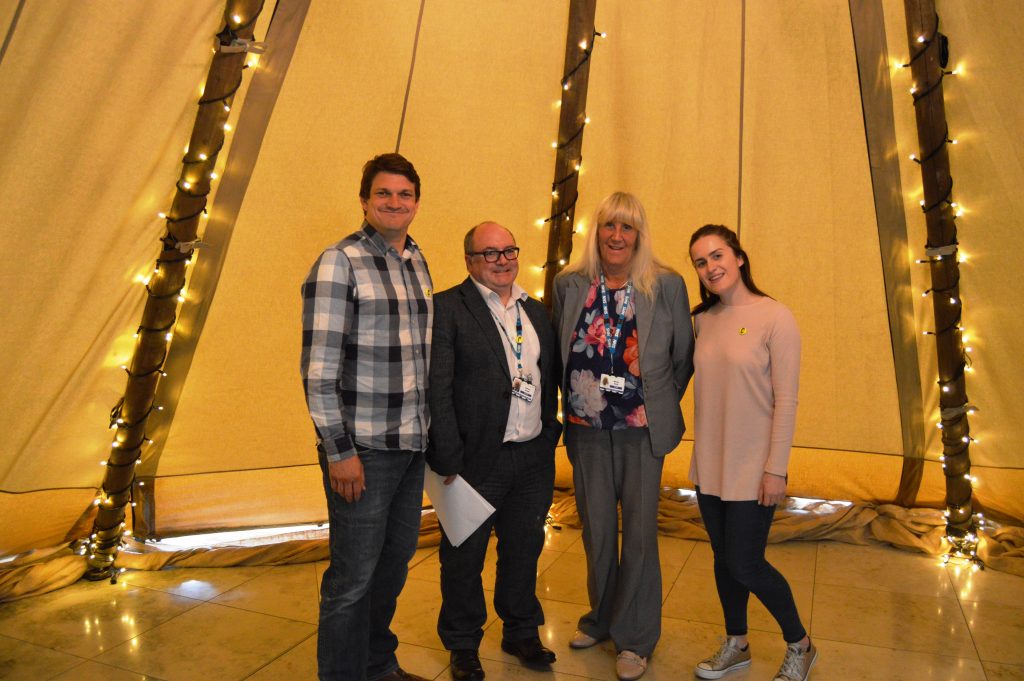 Blackpool Victoria Hospital, together with social movement, Camerados, has opened a public living room in a tepee in its main entrance.

This is the first time such a campaign has been brought to a hospital setting anywhere in the world.

Founder of Camerados, Maff Potts, travelled from Oxford for the opening which sees the tepee act as a ‘public living room’.

He said: “People having tough times can make a change together. Problems can be solved by connection and friendship.

“Bringing our Public Living room to Blackpool Victoria is ground breaking. We want to show how people coming together in a shared space can work in a hospital environment and show other hospitals how they can do the same.

“Huge thanks must go to the Trust’s Patient Experience Lead Andrew Heath and Chief Executive Wendy Swift for having the vision to try the Public Living Room here.”

The idea behind a public living room, is that it provides a comfortable place where anyone can come, on good days and bad, to be around people, make connections and enjoy being out of the house, office or ward for a while.

Andrew Heath says the Trust fully supports the Camerados ethos. He said: “It is a great opportunity to work with an organisation such as Camerados. 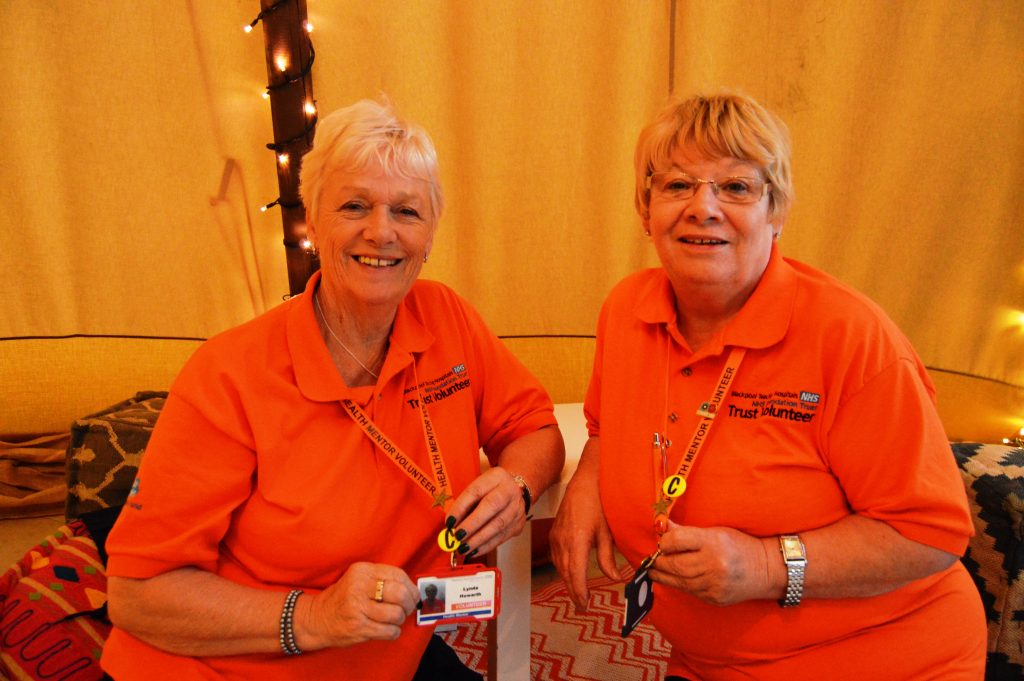 Trust Volunteers Linda Howarth and Kath Menzies in the tepee

“Both patients, visitors and staff will hopefully get something from it during the three weeks that it is here. We can then assess and identify needs for the future.”

They’ve discovered that the best way to get these two things is to look out for each other. People in tough times helping others in the same boat, as equals, a two-way thing.

Sarah Mortimer, Development manager for Camerados, who has been working closely with Blackpool Victoria staff for the last two weeks, said: “I have been overwhelmed with the response from staff and volunteers in the hospital – they just get it. 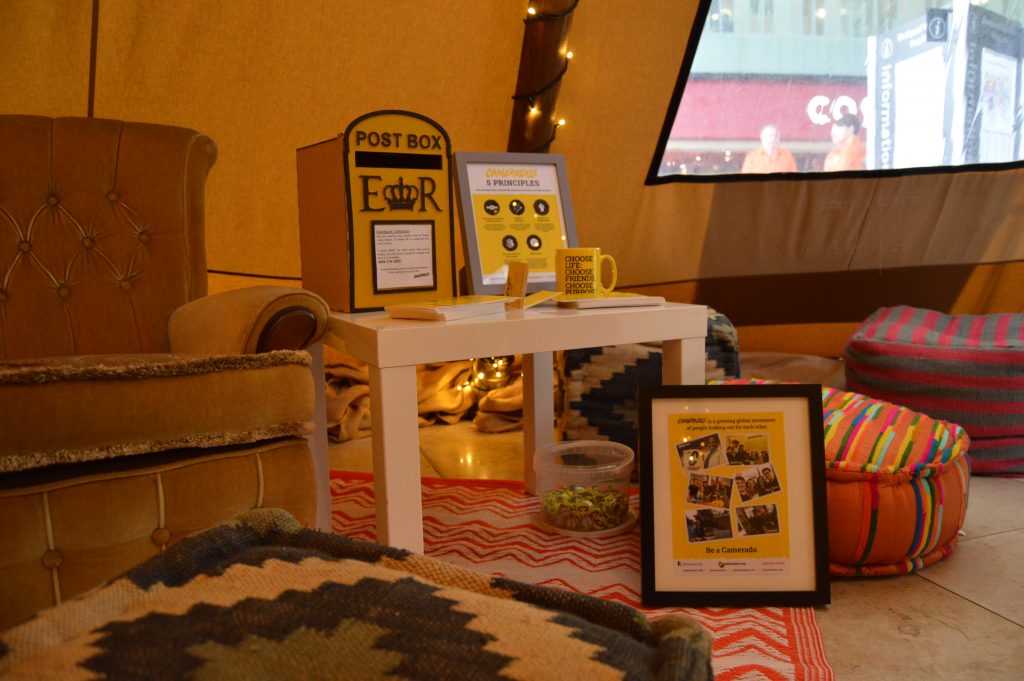 “I brought in 2,000 badges and they have all been distributed. It has all been so positive.”

Bolton’s Big Chief Tipis have installed the tepee who have previously supplied tepees for The Queen’s 90th birthday, Michelle Keegan and Mark Wright’s wedding and for the Glastonbury music festival.

The tepee will be open 24 hours a day, seven days a week until July 24.