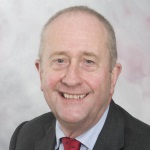 BLACKPOOL Teaching Hospitals NHS Foundation Trust has announced the results of its latest round of Governor elections.

The following candidates were elected:-

The following Governors either did not stand for re-election or were not re-elected:-

Trust Chair, Pearse Butler, said: “I am delighted to welcome our new Governors to the Trust.  Governors do a great job and I look forward to working with them to help us achieve our objectives.”

“I would also like to thank those Governors who chose not to stand for re-election or were not re-elected for their support over the past few years.”

The Council of Governors is responsible for representing the interests of Foundation Trust members and partner organisations in the local health economy.