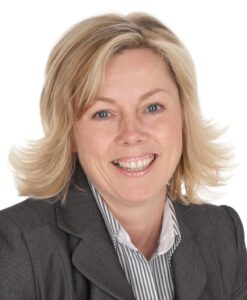 Chairman of BTH Steve Fogg said: “I am delighted to announce that following a pro-active recruitment campaign, a robust and thorough assessment centre has now been held and I have offered the role to Trish Armstrong Child. She has accepted.

“Trish was interviewed by a panel that included myself and a range of colleagues from the Trust Board, the North West regional NHS England and Improvement team and Lancashire and South Cumbria Integrated Care System.

“Three further stakeholder panels were also set up. One included Non Executive and Executive Directors alongside senior leaders and clinical. The other included colleagues from an external stakeholder perspective including local authority Chief Executives and from Public Health and others.

“I am confident the process included input from Blackpool and the Fylde as a ‘place’ as well as Trust and System leadership and that Trish is exactly the right person for this role. I am delighted she has chosen to join the Trust at this exciting time.”

Originally inspired to become a nurse by her mum’s work as a healthcare assistant in a nursing home, she qualified in 1992 and was awarded an honorary doctorate from the University of Bolton in 2018 for her ‘outstanding contribution to health care’.

A year later in 2019 Trish was also awarded an MBE in recognition of her contribution to nursing. She has maintained her clinical practice and credentials, which is important as the Trust is committed to strong clinical leadership. Trish has also held a number of senior operationally focused roles during her career and so is strong in this area too.

The Chair added: “In a change from Kevin’s joint role as Chief Executive of East Lancashire Hospitals too, Trish will primarily focus on Blackpool. Our direction of travel remains unchanged. The Trust remains committed to providing sustained improvement in the quality of safe and effective clinical services and to working with everyone across Lancashire and South Cumbria to improve outcomes for our communities.

“Trish will work with myself and Kevin, as well as the wider Trust Board, to ensure a smooth handover for colleagues, patients and our partners.”