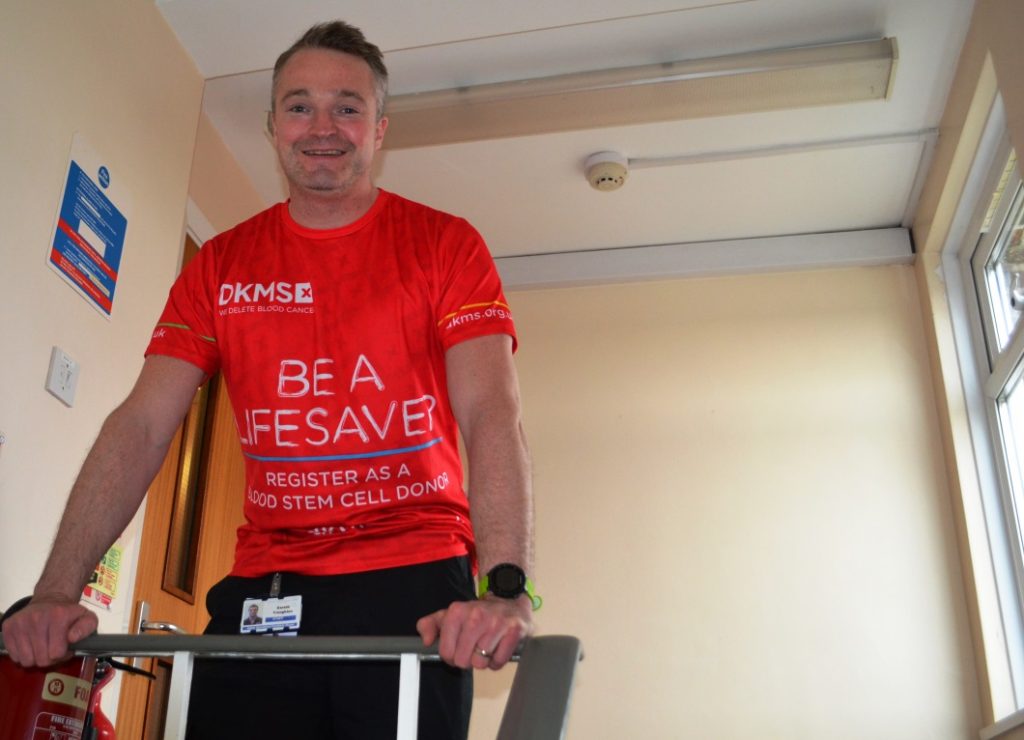 THE finishing line is in sight for Poulton paediatric physiotherapist, Gareth Troughton, who is ready to meet the challenge of his first marathon in two weeks’ time.

Gareth was overjoyed when he got a place in the London Marathon and set himself a charity target of £2,000 to help the Miscarriage Association and blood cancer charity DKMS.

Little did he know when he signed up for the marathon in January, that running would become like a second job and a bit of an obsession. But, now two stone lighter and two clothes sizes smaller, Gareth is raring to go and hopes to run home in three-and-a-half hours.

Tragically Gareth, who works for Blackpool Teaching Hospitals, has first-hand experience of miscarriage and has friends who have suffered from blood cancers. Knowing he can help other people facing such devastating health problems is spurring him on to his goal.

“I have been delighted by the support I have received so far and am hopeful to reach my £2,000 target. I really hope that people will click onto my fundraising link to help me achieve my charity aim,” Gareth said. “I am also grateful to the teachers and pupils of Devonshire Primary Academy in Blackpool who raised £70 through a school raffle.

“My wife and I have a beautiful little boy, but he was our fourth pregnancy, so we have lived through the stress and pressure of miscarriage. Education around miscarriage is something we feel strongly about and I hope that by raising funds to help the association I can do something to help others avoid the heartache we have experienced.

He added: “The fundraising element is really spurring me on to do the marathon, but I must admit it can be quite hard getting up at 5.30am and going running.”

Gareth said he was massively looking forward to the event on April 22, but he was also relishing the thought of a burger and beer after the race, although he conceded that a protein meal was probably more recommendable!

His fitness levels have increased tremendously and he has dropped two sizes in work shorts since he started training at the beginning of the year.

To help Gareth achieve his marathon success, please log on to https://uk.virginmoneygiving.com/GarethTroughton

Anyone wishing to track Gareth through the marathon can do so using his shirt number 21316.