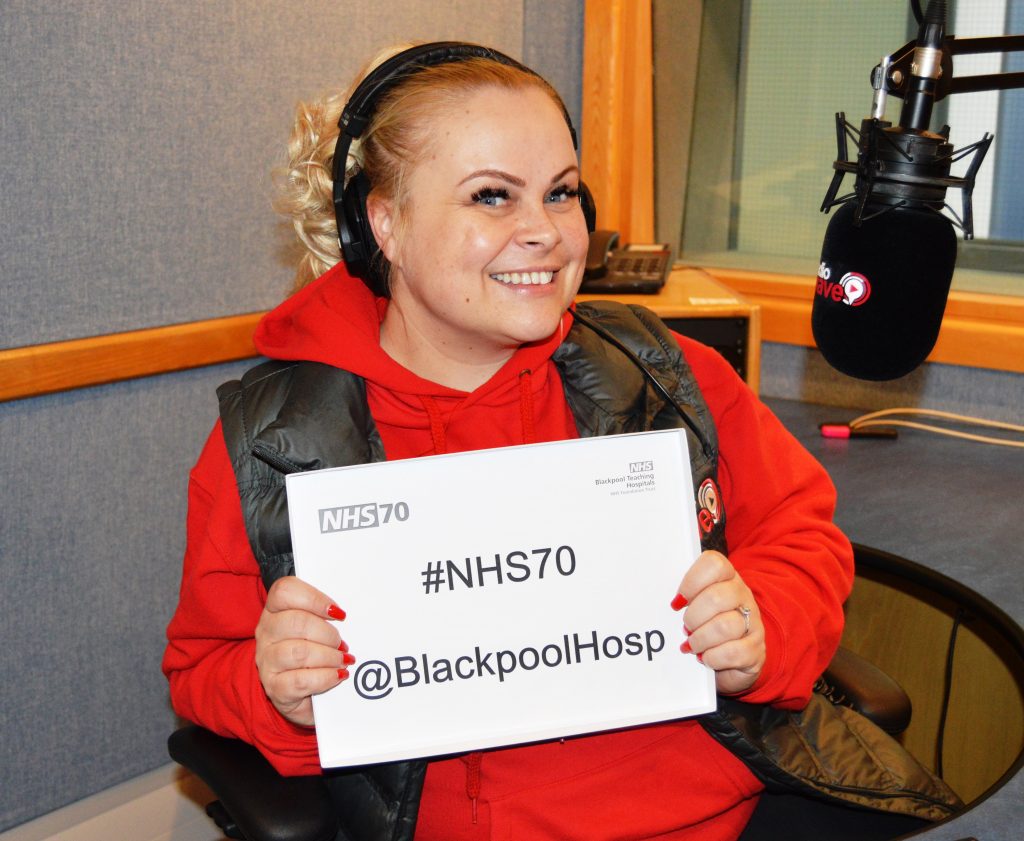 BLACKPOOL DJ and Radio Wave host Hayley Kay has been putting a positive spin on the NHS.

Hayley, 40, told of her personal experience of NHS during an interview to highlight the NHS70 birthday campaign.

She said: “I was born at Blackpool Victoria Hospital and so was my little boy Freddie.

“When I went into labour, I was terrified. It was a horrendously stormy night too but the staff just took everything in their stride.

“I ended up having an emergency Caesarean and my baby had to be taken to the special care unit for a while – I was so scared – but the staff were always there to support and guide us.

“Once upon a time, I probably wouldn’t have survived. It just goes to show the high level of care in the NHS and how much medicine has developed.”

Hayley has worked at Radio Wave for 15 years and been co- hosting the Breakfast Show for 11 years, though she is leaving the show soon. She has also been a regular cast member in the Grand Theatre Blackpool’s annual pantomimes and is the current vlogger on the GVlog section of their website.

She continued: “During the birth of my son and afterwards, the staff never made me feel like I was bothering them or that anything was too much trouble. I will be eternally grateful to the NHS for the care I received.’’