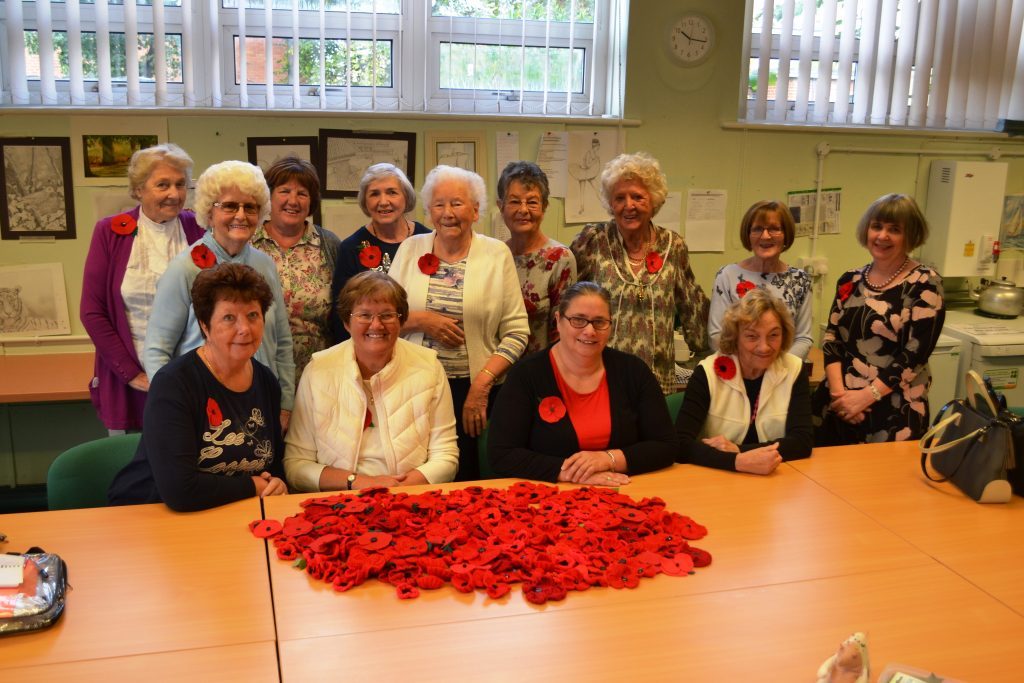 A community based craft group has supported a hospital Remembrance project by making 250 poppies.

The ladies from the South Shore Community Partnership on Highfield Road, Blackpool, have donated the poppies to the Blackpool Teaching Hospitals NHS Foundation Trust’s #TheGreatBTHKnit campaign.

The Trust’s special campaign has asked for 30,000 handmade poppies to feature in a ground-breaking structure, the Poppy Memorial, to be revealed in Blackpool Victoria Hospital’s main entrance on October 26, to recognise the World Ward 1 Centenary.

One contributor, Maureen Heginbotham, 79, said: “As a young girl, my family were evacuated from Singapore when my father was killed on a route march in the jungle fighting the Japanese in World War 2. 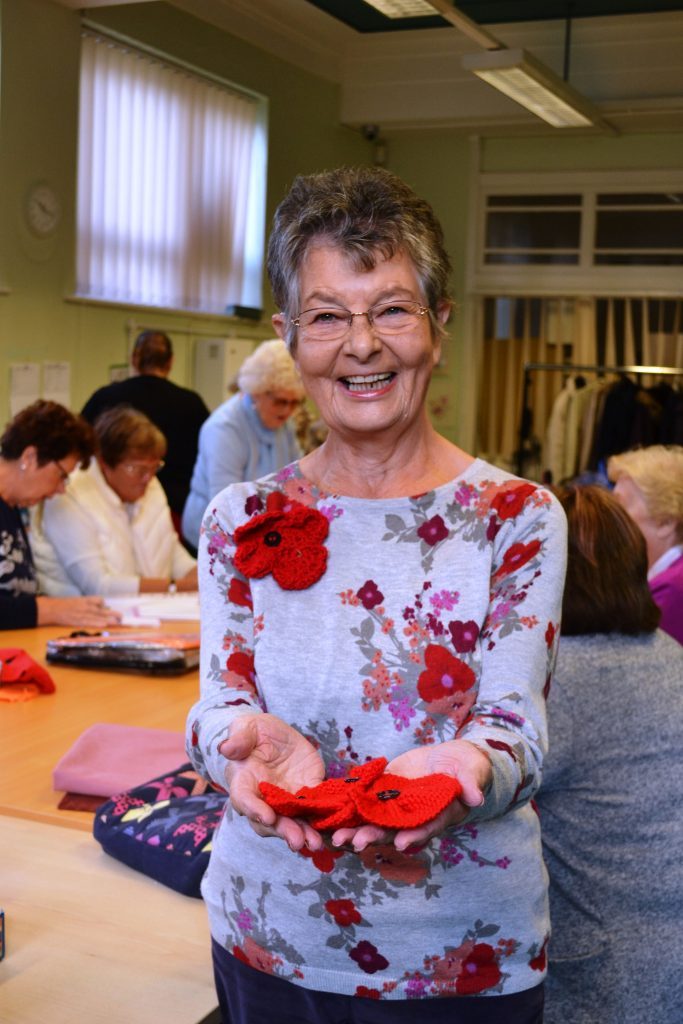 “My mother was widowed at only 32 and I remember a Brigadier Williams from the Loyal Regiment helping my mother adapt to life back in Preston.

“My mother could not have coped without this help and there are still many people suffering today. If making poppies helps them in any way, I’m all for it.”

The craft group was keen to get involved in this special project, recognising the importance of remembering all those who have served in the Armed Forces.

Anyone who has contributed poppies to #TheGreatBTHKnit is invited to the Poppy Memorial unveiling at the hospital on October 26, with coffee and cake on offer in the Restaurant from 10am, before the unveiling at 11am.