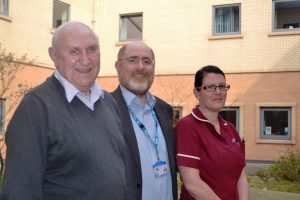 Do you know your cholesterol level?

A top Blackpool cardiologist is urging people to go to their GP to find out as this silent killer has no symptoms and your first sign could be a heart attack or stroke.

Cholesterol is one of the three main, modifiable risk factors for cardiovascular disease (CVD), the second biggest cause of death in the UK which accounts for 27 per cent of all deaths. The other two risk factors are smoking and hypertension.

High cholesterol is caused by several factors including diet, alcohol, thyroid function and genetics. Over time it can lead to the hardening and narrowing of arteries which can result in heart attacks and strokes.

You can lower your cholesterol to a small degree by diet, exercise and alcohol reduction, but these will only make a small difference to people who are already following a healthy regime. The biggest impact for lowering cholesterol is drug and lifestyle intervention where appropriate.

Anyone, even those who appear fit and healthy, can have high cholesterol. The only way to know is to get yourself tested.

Blackpool has the second highest mortality rate from CVD in people under 75 in the country. The rate is more than 50 per cent higher than the average for England and Wales.

Now Blackpool Teaching Hospitals NHS Foundation Trust has launched a new Cholesterol Clinic to diagnose and treat those in the highest risk categories.

Ken Bradbury, an 81-year-old grandad from Thornton, was one of the first patients at the clinic and his cholesterol has been reduced from 8.7 to 3.8 in 10 months.

“After years of being on statins I could no longer tolerate them and this meant my cholesterol started to rise. I had had a heart attack in 1999 and suddenly I was at great risk of having another one,” Ken explained.

He was one of the first patients referred to the cholesterol clinic and says he feels much safer now his levels have been reduced and is now able to look forward to spending quality time with his family.

“Everyone should know their blood pressure and total cholesterol. People over the age of 45 should be offered screening for high blood pressure, diabetes and cholesterol by their GP. Cholesterol is a silent killer, there are no symptoms from raised cholesterol until you develop your first cardiovascular event.

“If you fall into one of the higher risk categories your GP or Hospital Consultant can refer you to our clinic.

Dr Galasko added: “In most people their cholesterol level comes from their individual overall genetic make-up, an amalgamation of the effects of many genes, meaning that some people are predisposed to high cholesterol and others to low with a large spread of values.

“However, one in 500 people have a direct genetic abnormality in a single gene that significantly raises their cholesterol levels and increases their risk of developing CVD at a young age; this is known as Familial Hypercholesterolemia (FH).

The Trust set up the cholesterol clinic, consisting of Dr Galasko, Marie Wilcock, Advanced Practitioner and Noel Topping, Cardiology Pharmacist, to help improve the prevention of cardiovascular disease and has treated patients from the age of 28 to 80 to date.

“There are many treatments available for raised cholesterol. The most powerful tablets are statins which can lower cholesterol by 30 to 50 per cent within a few weeks,” Dr Galasko explained.

“There are also new, injectable treatments that require a singular injection every fortnight. These can be self-administered at home and can lower cholesterol by a further 50 to 60 per cent.”

To attend the clinic you have to be referred by your GP or by a hospital consultant who has found that you have high cholesterol.