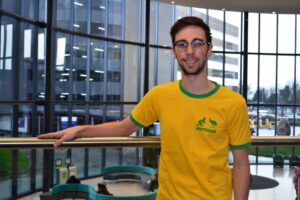 A Blackpool radiographer and three of his friends are pounding the streets to raise cash to help animals suffering in the Australian fires.

“We wanted to do something to help and decided to try to raise some money to help towards vet fees and shelter for the animals of Australia.

“My friends and I had seen the videos on social media and TV and it was the number of animals and the rapid rate at which they were being killed that spurred us on to action.”

And before the four former school pals had even run a step they smashed their initial target of £250 and have now increased their goal to £1,000.

The four friends, Devon, Ollie Johnson, Lewis Hodge and Sam O’Sullivan, set up a go fund me page with a target of £250, but within days they had raised £800 and had to revise their target.

The friends are raising money for Wires Australian Wildlife Rescue charity which is rescuing and caring for animals affected by the fires.

Devon and his pals started their run yesterday and plan to do ten sponsored runs finishing on Saturday, February 8.

“I have never done anything like this before,” Devon admitted. “We have followed a strict training regime and the inevitable pain we will go through will be nothing compared to the pain suffered by Australia in these fires.”

To find out more and follow the runs click here. “We hope friends and colleagues support us by either donating funds or sharing our posts,” Devon added.