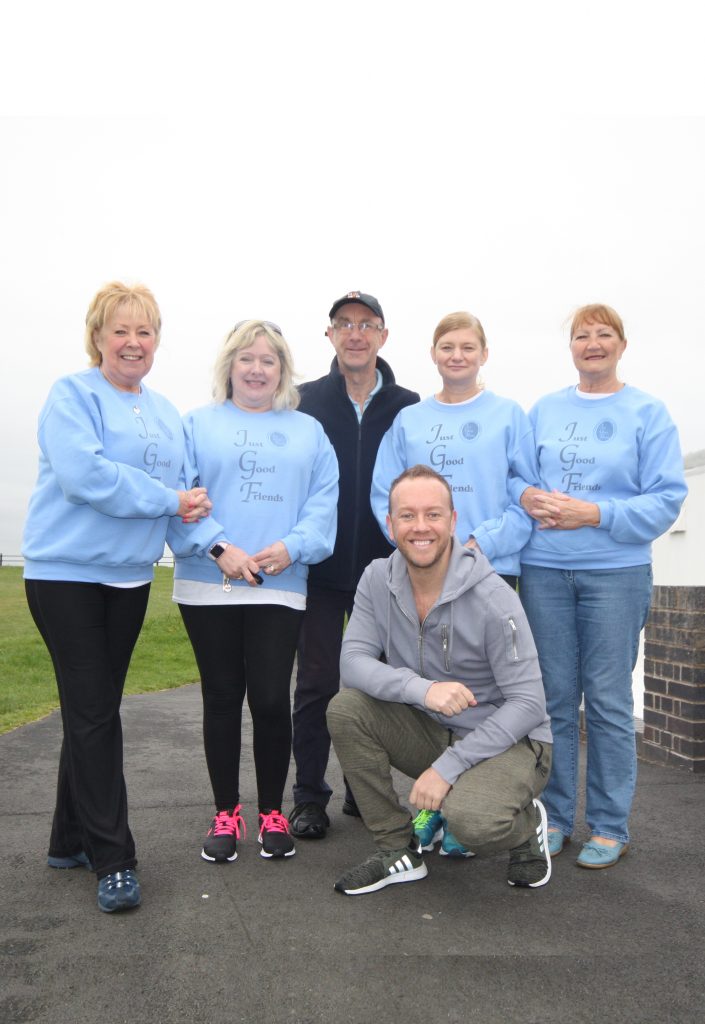 Dancing on Ice star Daniel Whiston has urged people across the Fylde coast to join him to break a Guinness World Record and promote a ‘fitter Fylde coast’ this summer.

People across the area have been encouraged to bring their children and families to Lytham Festival’s main arena on Lytham Green on the morning of Saturday 21 July to help break the record for the most people exercising to a fitness video. The current record, set in China, stands at 4,814 people.

To help celebrate the 70th birthday of the NHS on 5 July, local doctors have teamed up with Lytham Festival organisers Cuffe & Taylor to hold the attempt in the middle of the Lancashire music festival. Local councils and other organisations including the Blue Skies Foundation have also played a part in organising the record attempt.

To register to take part in the world record attempt, go to www.fitterfyldecoast.nhs.uk

Three-times Dancing on Ice champion and fitness instructor Daniel, who lives in Blackpool and launched his career in the town when he was just seven years old, will be leading the world record attempt from the main stage at Lytham Festival.

“We should be proud of all the NHS does for us and this seems a really good way to celebrate its 70th birthday.

“Exercise is so important for us all and I hope as many people as possible can come and join us on the day. I plan to bring a few well known friends to make this a very special day.”

Daniel has choreographed and filmed a special six-minute exercise video at locations across the Fylde coast and people are encouraged to head to www.fitterfyldecoast.nhs.uk to watch the video and sign up to take part.

He added: “We had a great time filming the video. It’s all disco music in celebration of the fact Nile Rodgers and CHIC are playing at Lytham Festival on the night of the record attempt and, regardless of how fit you are, the routine is suitable for all so sign up and give it a go.”

NHS Fylde and Wyre Clinical Commissioning Group (CCG) has led on organising the initiative, which is also aimed at bringing local communities together to improve health and wellbeing.

CCG clinical chief officer Dr Tony Naughton, a Thornton GP, said: “Across the country, 40 per cent of children start secondary school overweight and 20 per cent are obese. What we are really keen to do is promote a healthier lifestyle across the Fylde coast so people can start looking after themselves and their loved ones.

“We need to get more than 5,000 people dancing to the video if we are to break the world record so it would be great to see lots of people coming out to support this event. It should be a lot of fun and a great way to celebrate our 70th birthday.

“We want lots of people to come down with their families and children for what will be a great day out. This is an opportunity for your children to be part of a Guinness World Record and to receive a certificate as a special memento.”

Cuffe and Taylor commercial director Jason Cotillard said: “We’re delighted to be working with the NHS on this very exciting world record attempt.

“Lytham Festival provides the perfect venue for this. The video is fantastic with a brilliant soundtrack celebrating the music of Nile Rodgers and CHIC who will be headlining the Festival on the evening of the record attempt.”

The world record attempt for the most people exercising to a fitness video will take place in the main arena at Lytham Festival from 11am on Saturday July 21. To register, visit www.fitterfyldecoast.nhs.uk

Performance cookies are used to understand and analyze the key performance indexes of the website which helps in delivering a better user experience for the visitors.

Analytical cookies are used to understand how visitors interact with the website. These cookies help provide information on metrics the number of visitors, bounce rate, traffic source, etc.

Advertisement cookies are used to provide visitors with relevant ads and marketing campaigns. These cookies track visitors across websites and collect information to provide customized ads.

Other uncategorized cookies are those that are being analyzed and have not been classified into a category as yet.

SAVE & ACCEPT
Powered by