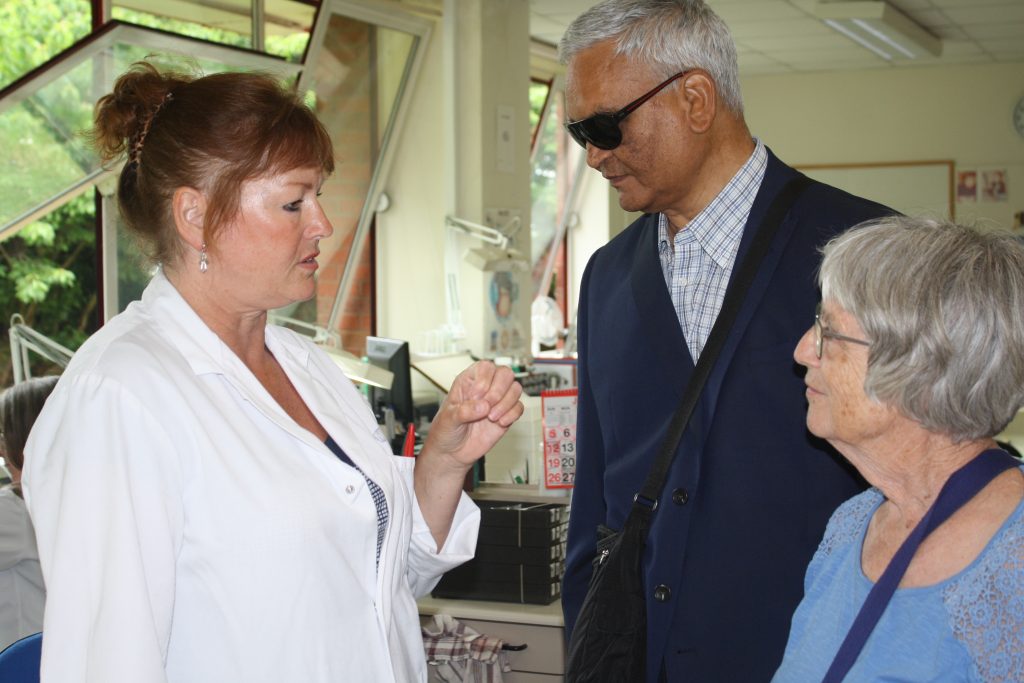 An open day to mark 100 years of a Fylde coast organisation attracted visitors from far and wide.

The National Artificial Eye Service based on Bristol Avenue, Bispham, held the first of two open days it is hosting this summer to mark its centenary year and patient Mario Thompson travelled from as far as Oxford to see the work of the specialists at the centre.

Mario, who is totally blind, enjoyed a tour of the site with his wife Judith and was given a talk about the history of the service. He said: “I was brought up in India and had a glass eye when I six years old.

“That was a million miles away from the eyes that are made here and when I heard there was an opportunity to come and visit where they are made I was really happy to visit.”

Another visitor was Peter Johnson from Chester.

He said: “I lost an eye in a car accident when I was 19 but I have always had excellent service from the artificial eye service and really wanted to see what goes on behind the scenes to learn how the eyes are made.

“It’s been absolutely fascinating to be honest.” 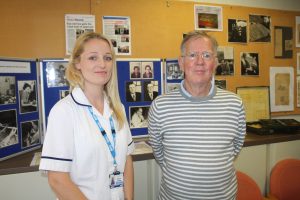 Helen Lever, Operations Manager for the service, said: “We wanted to give people the opportunity to see what we do here and it was great to give some of our patients the chance to go behind the scenes.’’

The NAES dates back to the First World War and was originally known as ‘The Army Spectacle Depot’.

However, as injured soldiers returned from the front the focus changed to the provision of artificial eyes for wounded and blinded men.

Until shortly after the Second World War the provision of artificial eyes was only available to service personnel and war pensioners, but with the arrival of the National Health Act in 1948, the specialised treatment involved was extended to all qualifying NHS patients.

Manufacturing of artificial eyes takes place in the Blackpool HQ.

Teams of technicians take the wax models and specifications provided by the Orbital Prosthetist (OP) and turn them into an artificial eye which matches the patient’s natural eye.

The Service is hosting another open day on July 29. If you would like to attend please email info@naes.nhs.uk and leave your contact details.