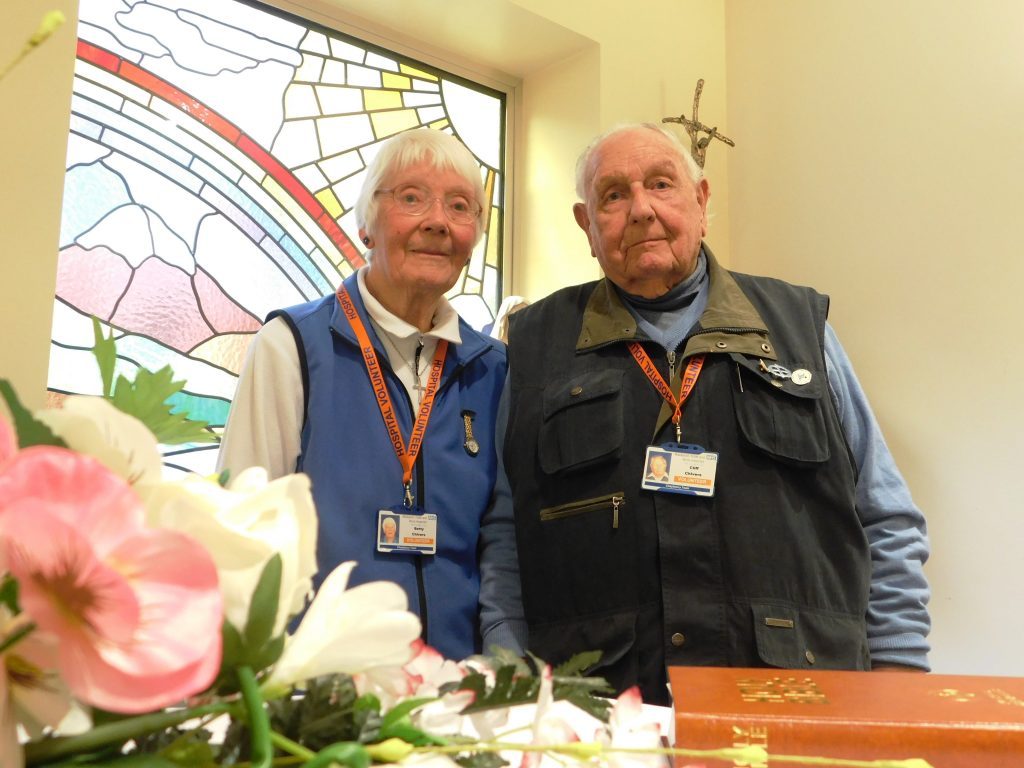 The pair, who are from Anchorsholme, are still going strong.

Cliff said: “After an industrial accident at work, I was invited to join the three other C of E readers.”

Back then, each member of the team carried a bleep for 24 hours at a time and would be on hand for anyone that needed them.

Cliff said: “We eventually got a part time ordained minister but for quite a while, it was just us four readers covering the whole hospital site.”

The ‘readers’ would perform baptisms around the site and would provide a listening ear to anyone that needed one.

Cliff said: “Our duties have not changed that much over the 30 years. We don’t push our faith on anyone but now there is a permanent paid chaplaincy team, we refer patients to them if we feel it is needed.”

Betty and Cliff met through the badminton Club at Bispham Parish Church and have were married there 62 years ago.

Betty said: “We come in once a week. I visit the maternity ward and ward 14 and Cliff goes to the acute medical unit and ward 37, so we have two wards each.”

“The chaplaincy department and a great many patients have lots of gratitude to them for helping so many families over the years. They and our band of multi faith volunteers make the world of difference to the support we offer.”

Betty added: “There are such dedicated staff here and we feel we are giving something back for all the times we have used its services. We are blessed to have such a great hospital.

“We’ll keep coming as long as the leaders will have us.”