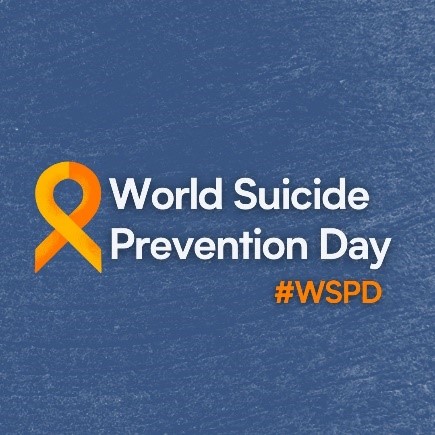 ‘Let’s Keep Talking’ is the key message as World Suicide Prevention Day this year focuses on raising awareness on suicide, in particular the devastating statistics around male suicide.

Men are three times more likely to take their own lives than women, and suicide is the biggest killer of men under 49, but sadly 67 per cent of people who die by suicide are not know to mental health services.

Speaking about the campaign to encourage a more honest and open conversation on suicide, Blackpool Teaching Hospitals’ Head of Integrated Mental Health and Learning Disability Services, Kim Marshall has spoken about her role and how often she has often had the heart-breaking task of discussing an individual’s suicide with their families.

“Like a small pebble dropped in a pond, the ripple effect of suicide is far reaching. In a 2016 study conducted in America, it was estimated that 115 people are exposed to a single suicide, with one in five reporting that the experience had a devastating impact or caused a major life disruption.  The World Health Organisation estimates that approximately 1 million people die each year from suicide.

“In my long career as a Mental Health Nurse I have had the very humbling and heart-breaking task of sitting down with families and trying to make sense of what they were facing. Sitting beside them to work through their despair, their sadness, their anger, their loneliness and confusion, understanding why their loved ones experienced such desperation to feel their only option was suicide. Accompanying families to see their loved ones in a chapel of rest. The devastation is harrowing. I have often found myself trying to walk in their shoes, wondering how you would possibly get through the rest of your lives without those you love the most.”

Kim is now calling on friends, family and colleagues to #StartTheConversation with anyone they may think might be struggling and explaining that while asking can be difficult, there is no right or wrong way to go about it.

She said: “I have heard a number of times, both on a professional and personal level, ‘but they were so happy’,  ‘life and soul of the party’,  ‘they had everything, why would they do it.  Suicide prevention starts with recognising some of the signs. Suicide is a very desperate attempt to escape the suffering that has become unbearable. A suicidal person may be overcome with feelings of hopelessness, desperation and isolation to name a few. Despite the desperation, many suicidal people are conflicted about ending their own lives, despairingly seeking for an alternative but just unable to find one.

“Always remember to check in on friends and family you haven’t been in touch with for a while, and to quote Caroline Flack who sadly took her own life, ‘In a world where you can be anything, be kind’.

“It is down to us all to take care of each other, a small act can save a life.”

For anyone having suicidal thoughts or feelings of despair – Samaritans are always there.