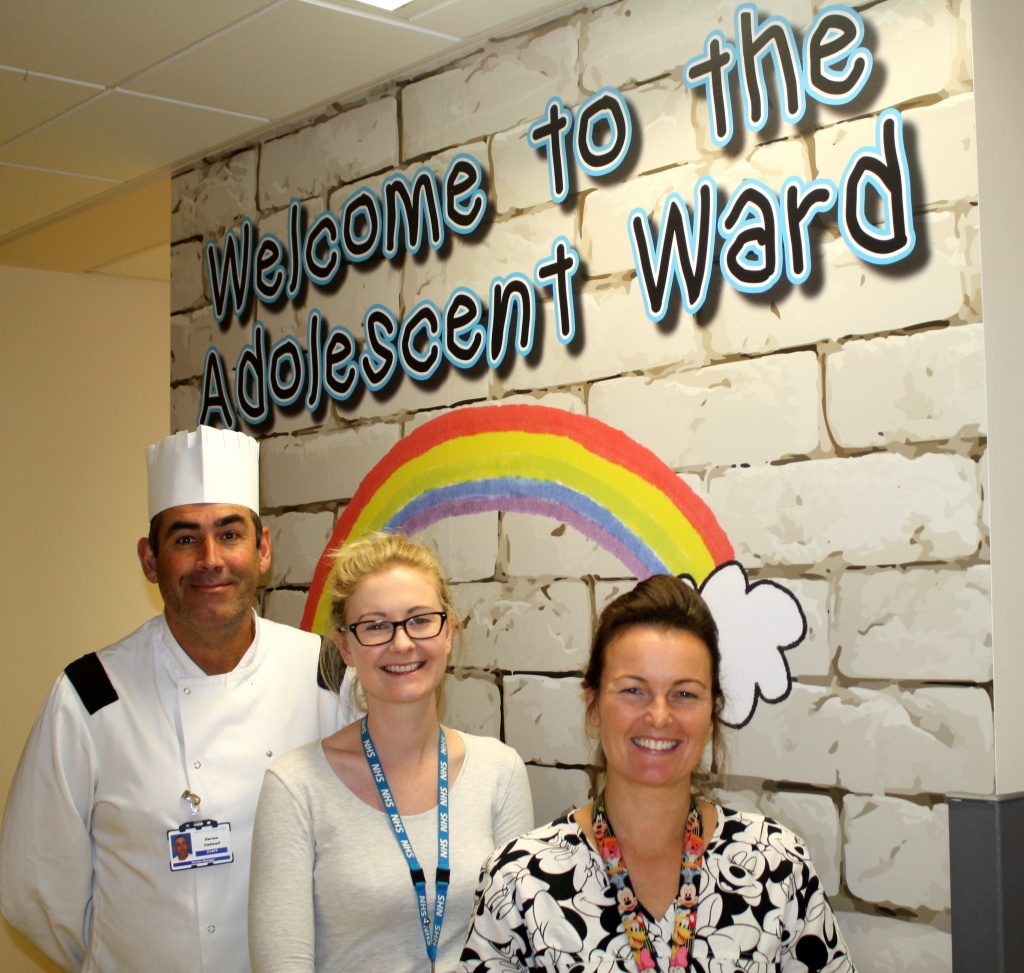 A famous artist’s work has transformed the Adolescent Unit at Blackpool Victoria Hospital from a drab clinical space to an inspirational environment for young patients.

Charlotte Reed, who has produced many books and posts inspirational quotes every day on Facebook and Twitter, was delighted to be able to support the unit with her creations.

Charlotte’s Facebook page – named ‘May the thoughts be with you’ – has a huge following as her inspirational messages give people something positive to focus on.

The printing of Charlotte’s creations on large wall hangings was funded by the hospital’s kitchen manager, Darren Cadwell.

Darren, who also works as a doorman at Yates’ on North Shore in Blackpool, collected money from pub customers and gave it to the Blue Skies Hospitals Fund, the charity of Blackpool Teaching Hospitals NHS Foundation Trust.

Over the last few years Darren has collected more than £10,000 for the Blue Skies fund and is an ambassador for the charity. 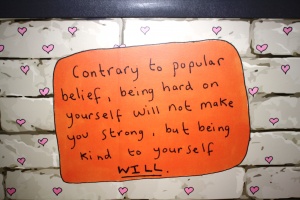 Darren said: “I wanted the money to go to the children’s ward. My daughter, who is 12 years old now, was in there once. It looks so much brighter now. It’s fantastic.

“I’ve also got two lads. If I’m fundraising, I always want it to be for the kids.

“When I’m working in the kitchen, kids’ diets and food are two of my main concerns. I have worked here for 30 years and I try to make sure kiddies are well catered for.

“I try to get a balance of healthy food and foods they will be familiar with. If the food is too unfamiliar they are not likely to want to eat it.”

Rosanne Norman, a play specialist for the Trust, came up with the idea to ask Charlotte if her artwork could be used to brighten up the unit.

Rosanne said: “Charlotte was absolutely delighted to support us with her artwork.

“I love it – I think it looks great. Patients have commented that they love it.

“Charlotte does a positive quote every day and we wanted to include some of them on our walls.”

Rebecca Addey, Paediatric Patient Experience Officer for the Trust, said: “Young people from our youth forum – Victoria’s Voice – chose the quotes for the walls. They loved the artwork too. 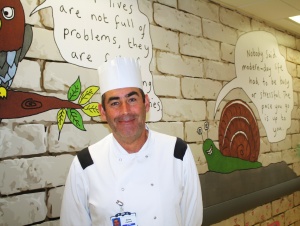 “Since the artwork has been on the wall, patients have been coming into the common areas more often. This is something we always want to encourage as it breaks up their time here.

“We do get young people with mental health issues on the unit. We thought the inspirational quotes would be something for them to think about. It’s also nice for parents as the quotes apply to people of all ages.”

Rosanne added: “Whatever stage they are at, they can take something positive from the quotes.”

Nicci Hayes from the Blue Skies fund said: “Blue Skies would like to say a big thank you to Darren and the staff and customers of Yates’ for raising the money to purchase this fabulous artwork.

“It really has made a massive difference to the unit and we are sure that it will be greatly enjoyed in years to come.” 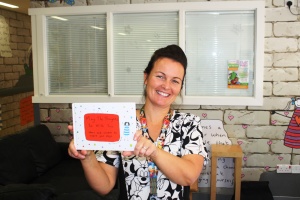 Rosanne with one of Charlotte Reed’s books 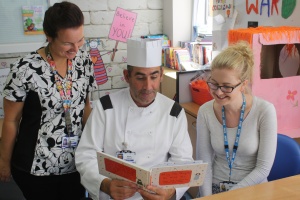 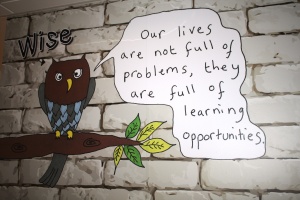 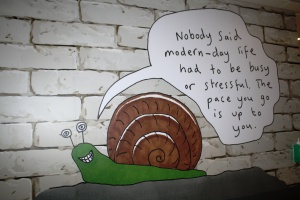 Something to think about from Charlotte Reed 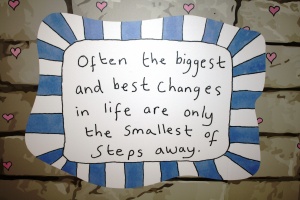 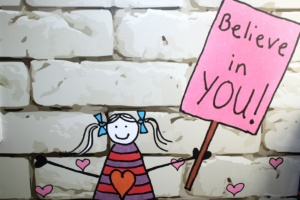